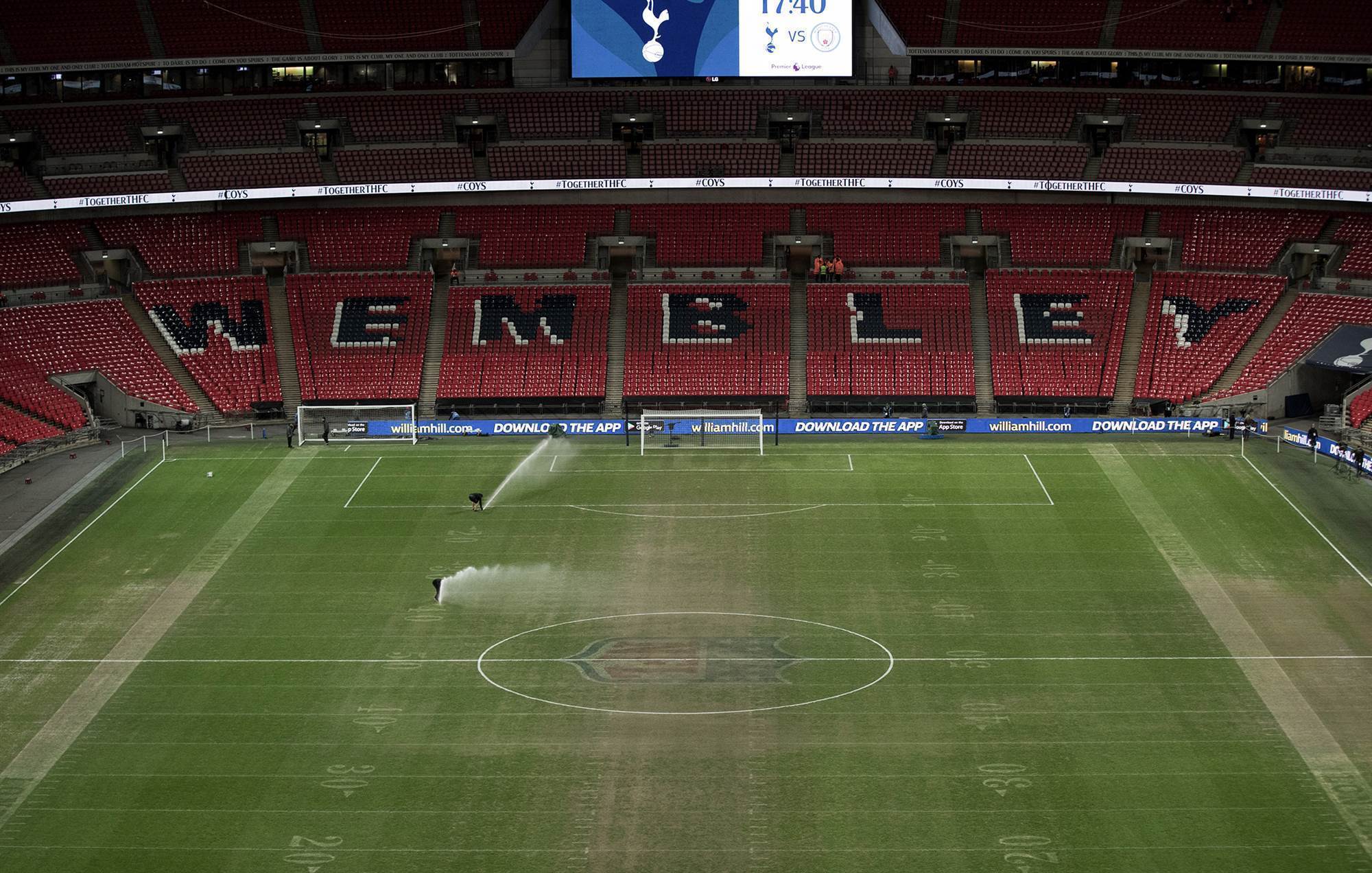 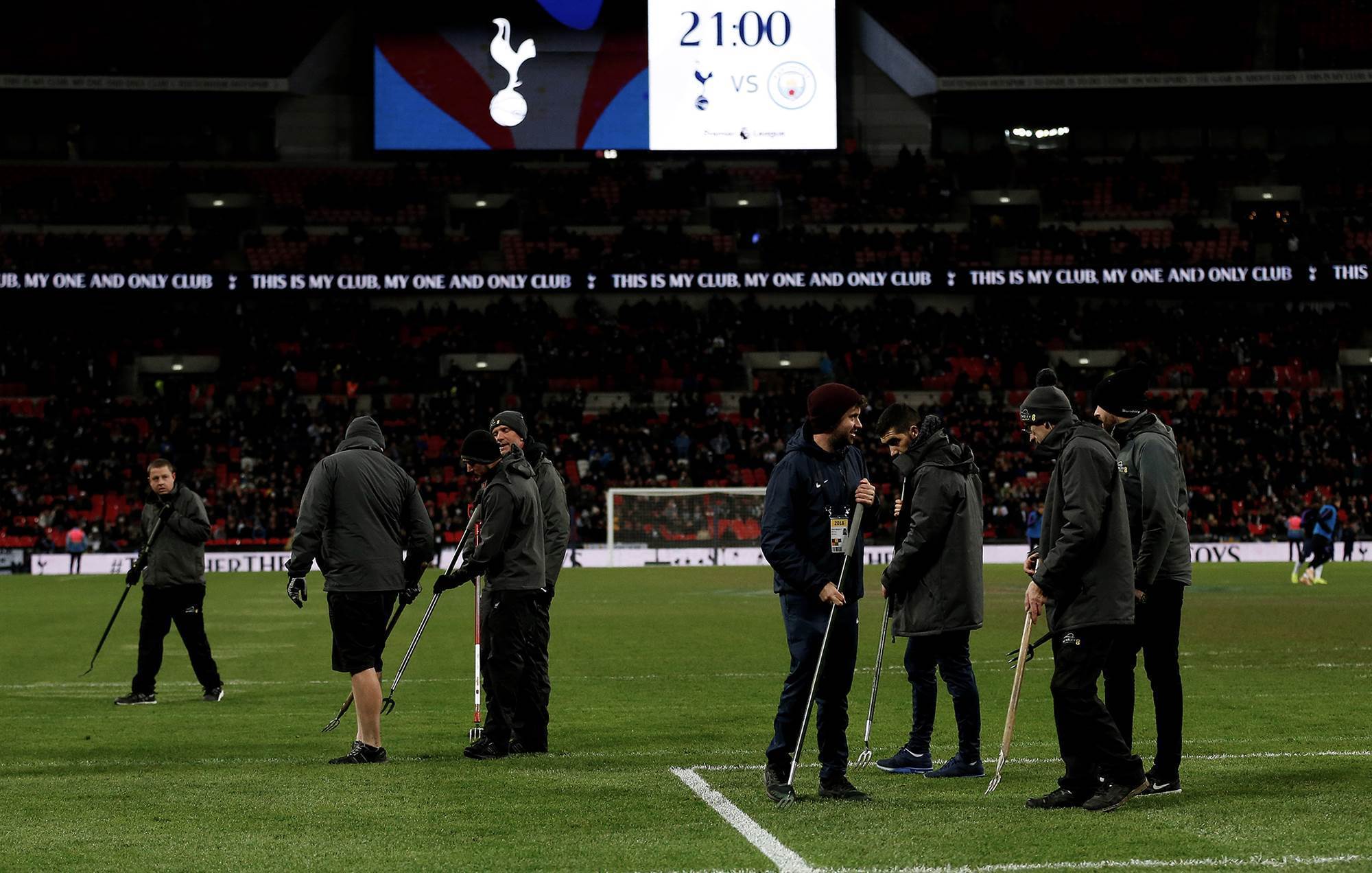 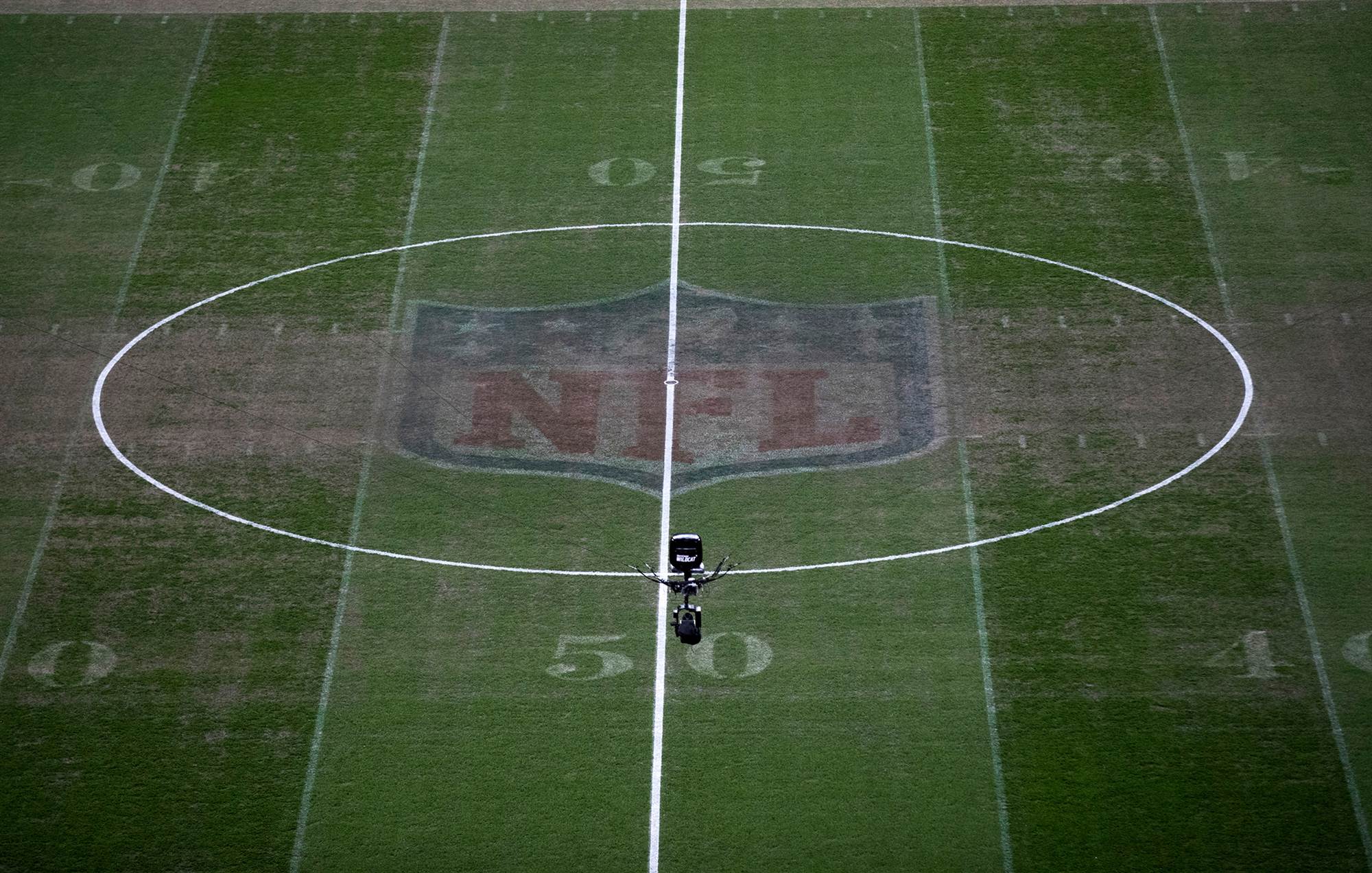 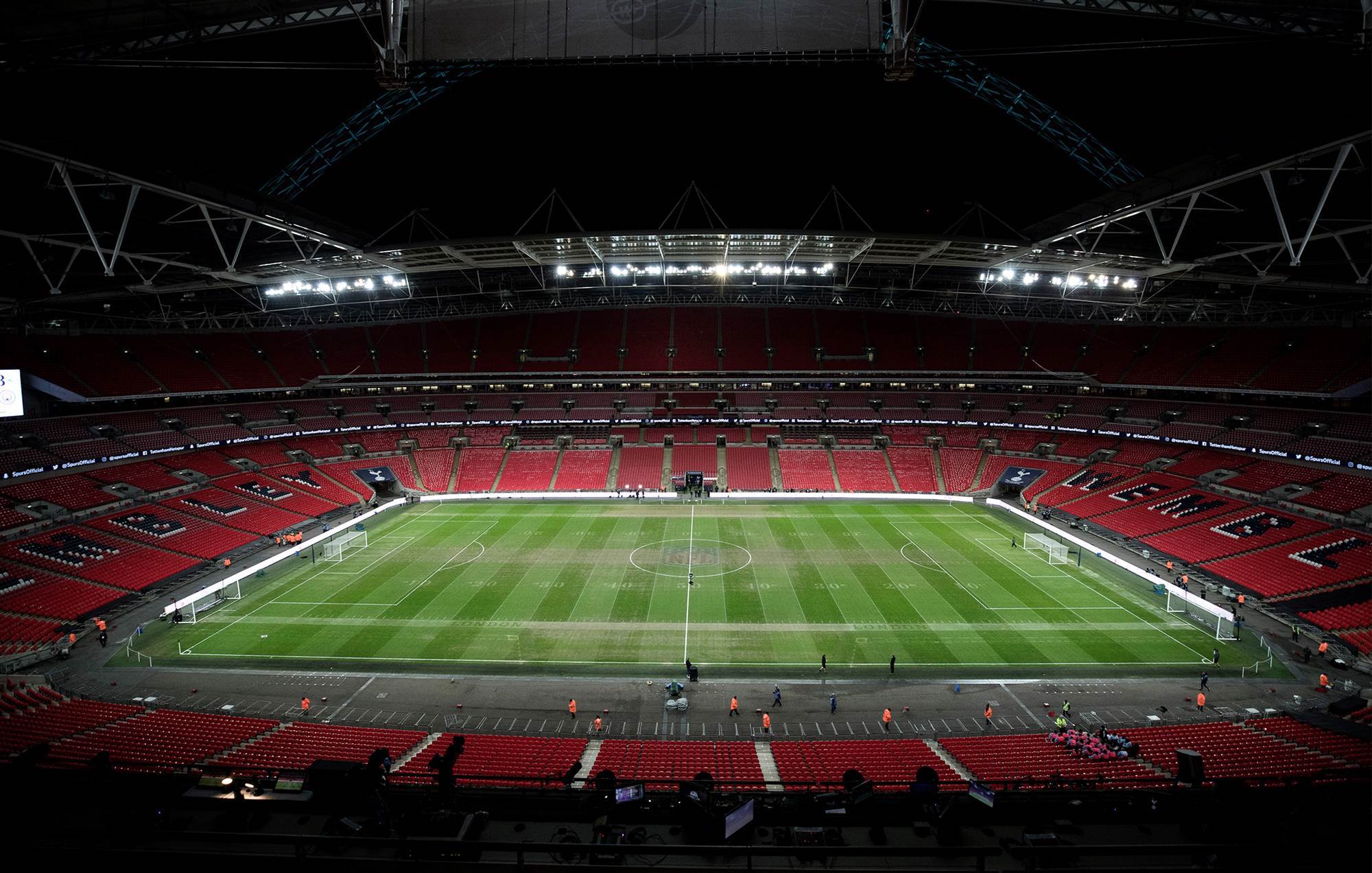 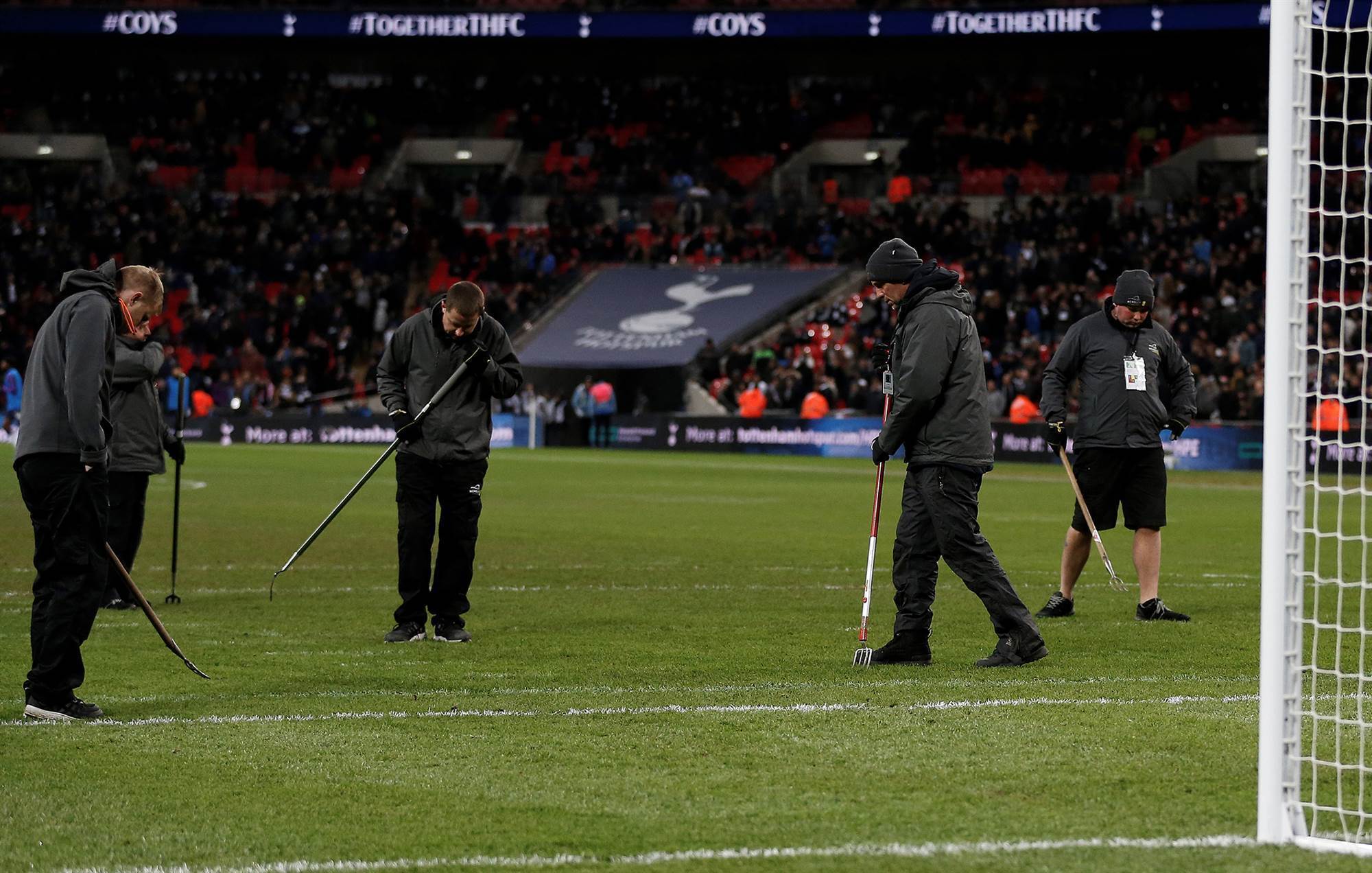 When Tottenham hosted Manchester City overnight at their temporary home ground, Wembley Stadium, one of the main talking points was the dire state of the playing surface.

Transforming from an exhibition NFL venue into a Premier League fortress is hard. Only having 24 hours to do so makes it even harder.

Ground staff worked long and hard throughout the night and the following day to prepare the pitch as best they could, after the Jacksonville Jaguars fell to the Philadelphia Eagles.

Summed up by Spurs' staff as the pitch's 'worst' state, the NFL's field markings were still clear as well as barren, warn out areas of grass.

Stadium ground staff will now have just over a week until Tottenham return for Champions League action.