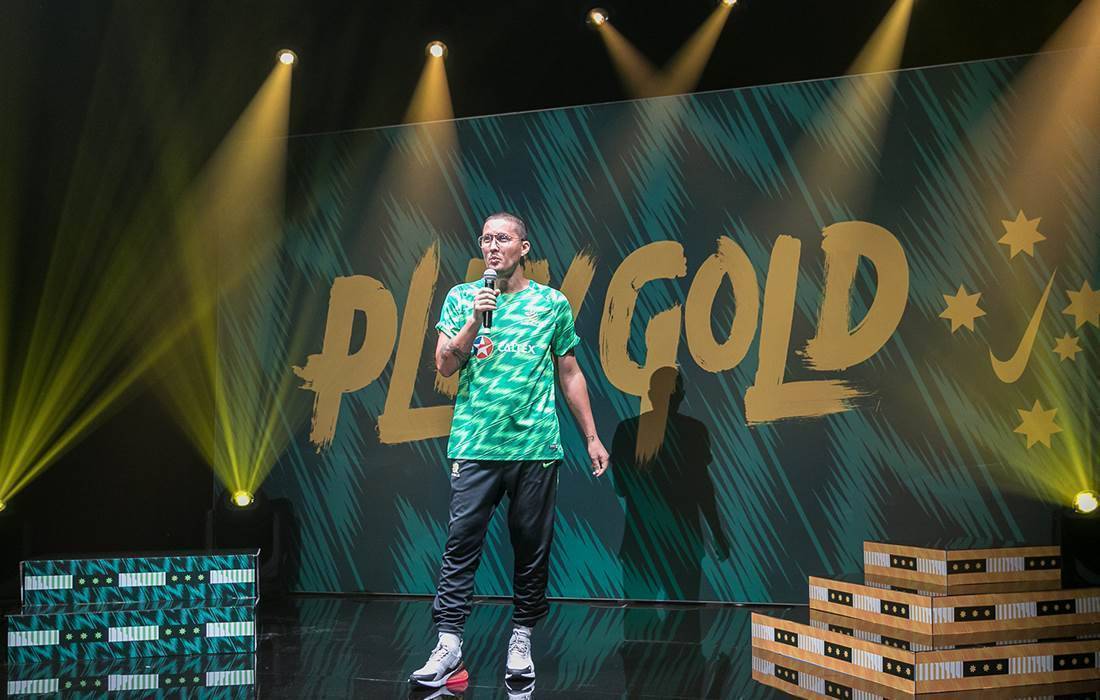 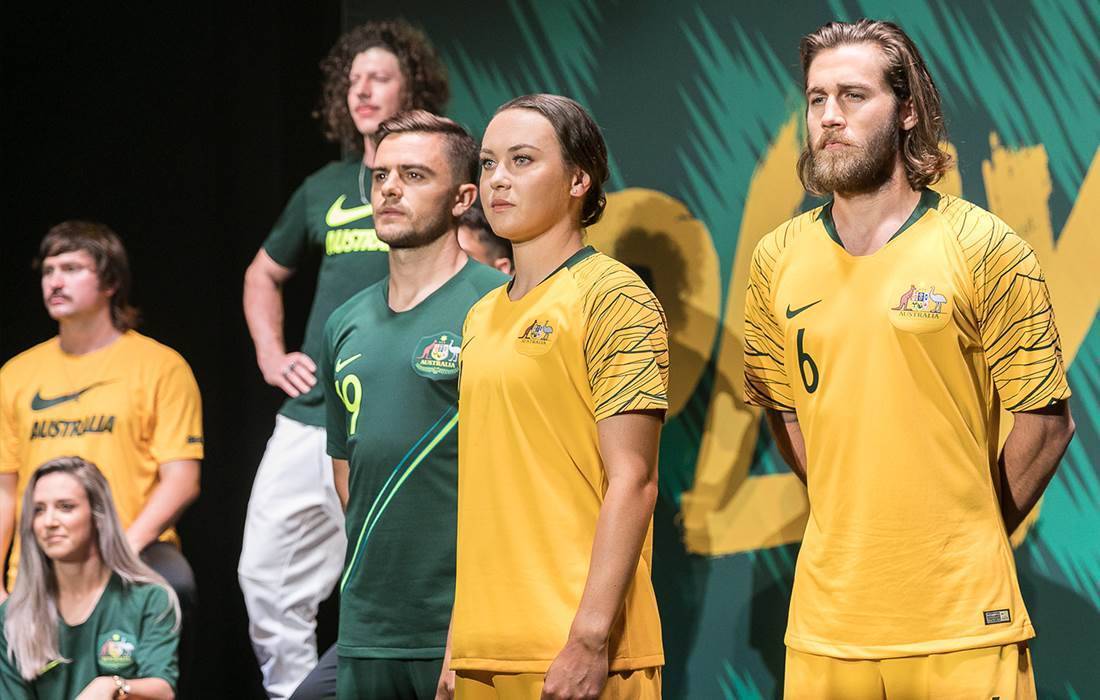 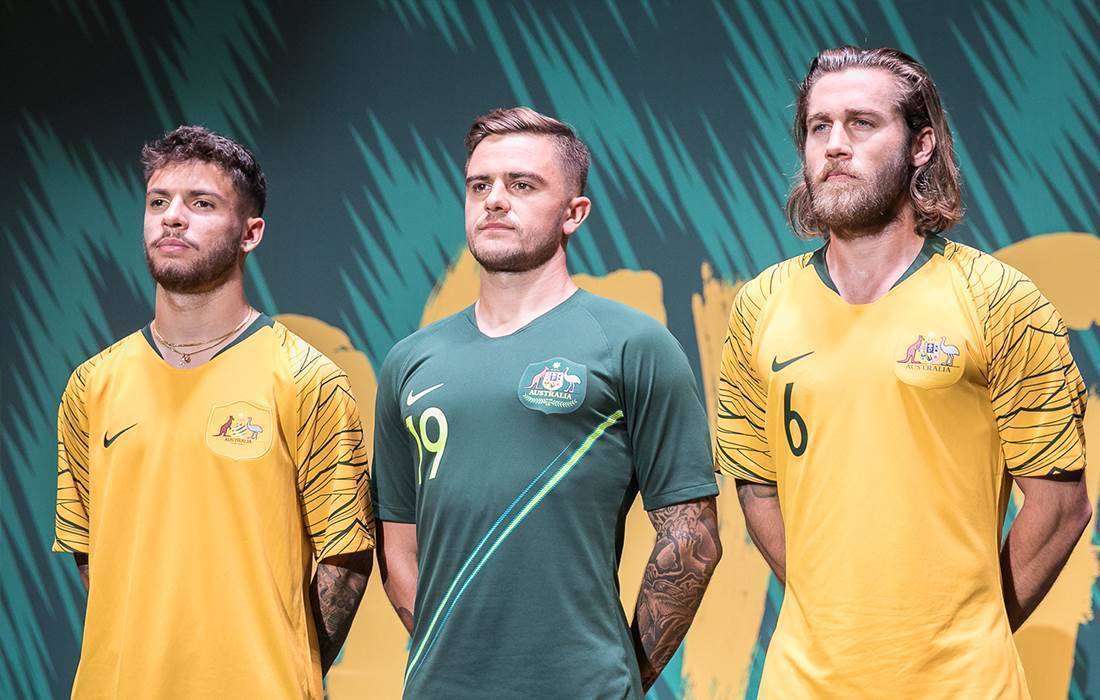 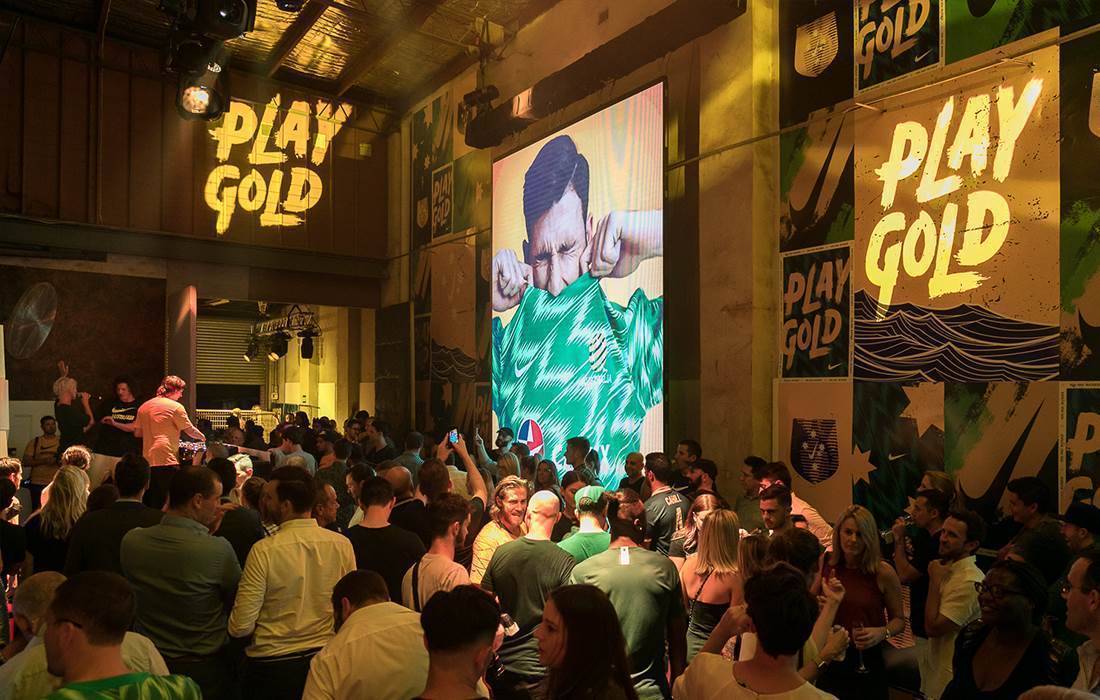 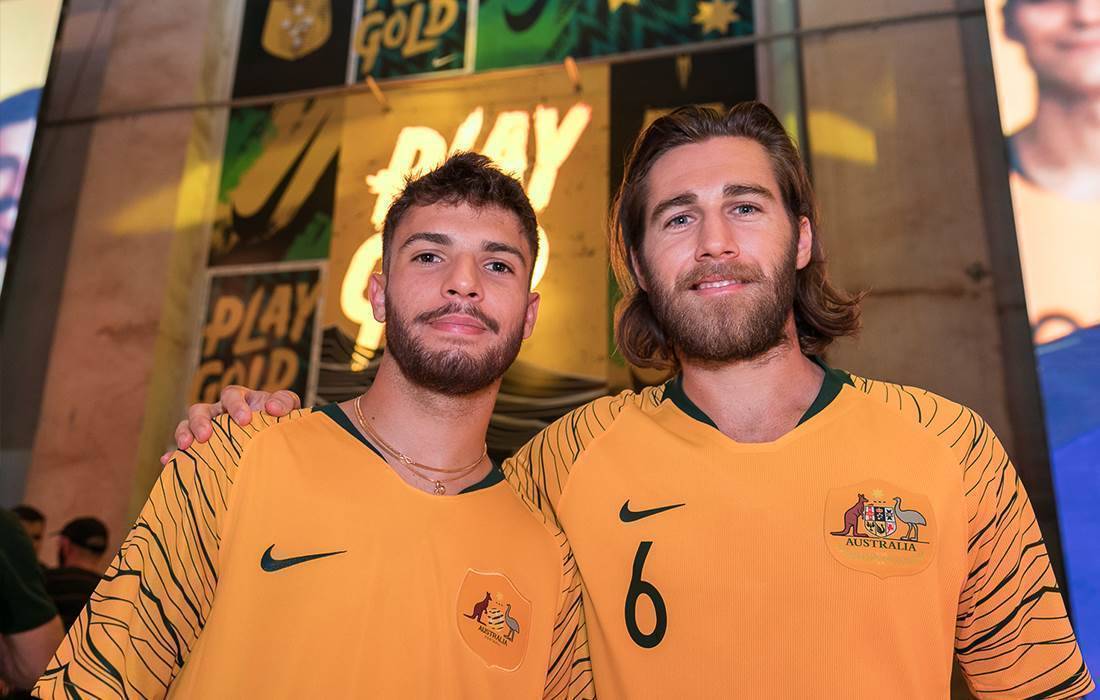 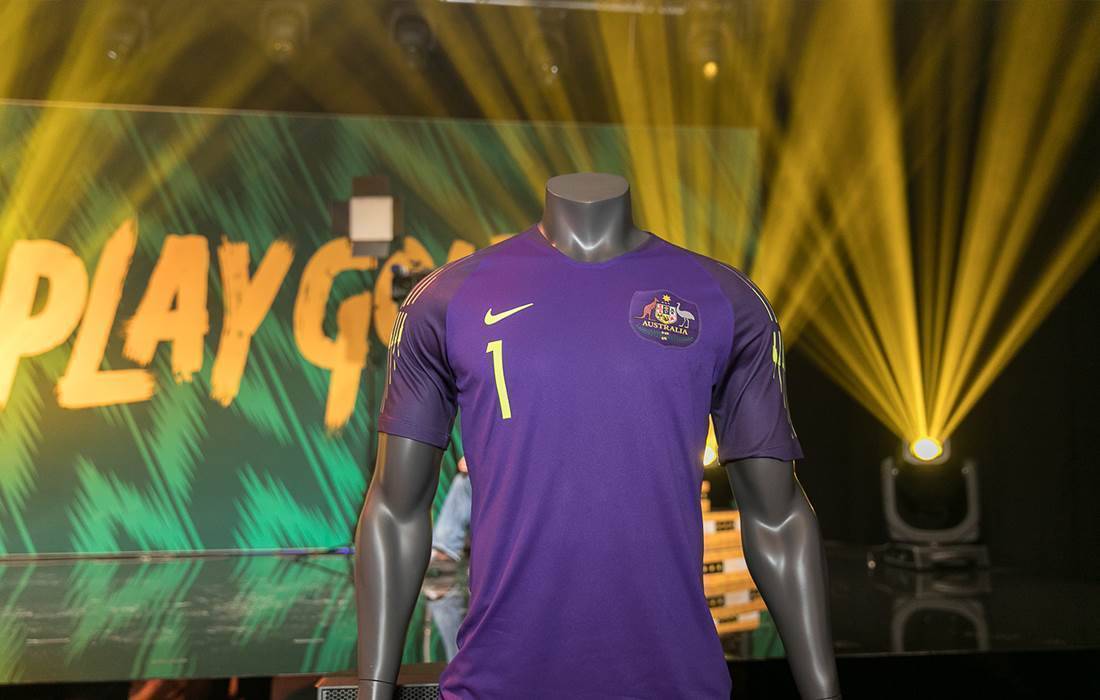 FTBL's Brendin Lo was out at the Nike launch event for the 2018 Socceroos kit.

Nike Australia and Football Federation Australia revealed the 2018 Australian National Team Collection at an exclusive launch event. Both the Socceroos and the Matildas will proudly sport the new looks at key tournaments in Russia and Jordan later this year.

The new home kit pays homage to the epic coming of age football game for Australia in November 2005, when the Socceroos beat Uruguay to qualify for 2006’s tournament in Germany, the first time in 32 years. Then team’s captain called on the support of every Australian fan, inside and outside of the stadium, to create a sea of gold during the pivotal match.

Who else wishes the green training jersey was our away kit??????? 😍😍😍😍 We were invited to the @socceroos launch last night in Sydney! Home jersey is a lot nicer than first thought in person. Cool story behind the design too! @nikefootball have done a good job with the away kit too though and that purple GK jersey 💜💜💜 Bring on the @fifaworldcup!!!! 📷 @blotography

The away kit plays further tribute to the national colours of green and gold, using all green for the design rather than the navy seen in previous kits since 2006. The use of Volt Yellow on the shirt radiates a sense of speed and youth, inspiring young Aussies to get excited for the upcoming tournaments with an away kit that is a modern play on the classic Green and Gold.

“The new Socceroos and Matildas jerseys belong to all Australians. It’s going to be truly exciting to see our Australian national teams Play Gold on the world stage, led by the Matildas this week and the Socceroos in Russia,” said Ashley Reade, Nike Pacific General Manager.

The 2018 home and away kits are made using Nike’s Astro Mesh Dri-Fit fabric which is 64% lighter and up to 65 times more breathable than with previous kits. It also features Nike’s new crest application, Crest Flight.

“It’s always an honour to represent my country and, if selected, I’ll be incredibly proud to step on the pitch for the first time wearing the new Australian National Team Kit,” said Josh Brillante from the Socceroos.

The 2018 Australian National Team Collection by Nike is available now at rebel.