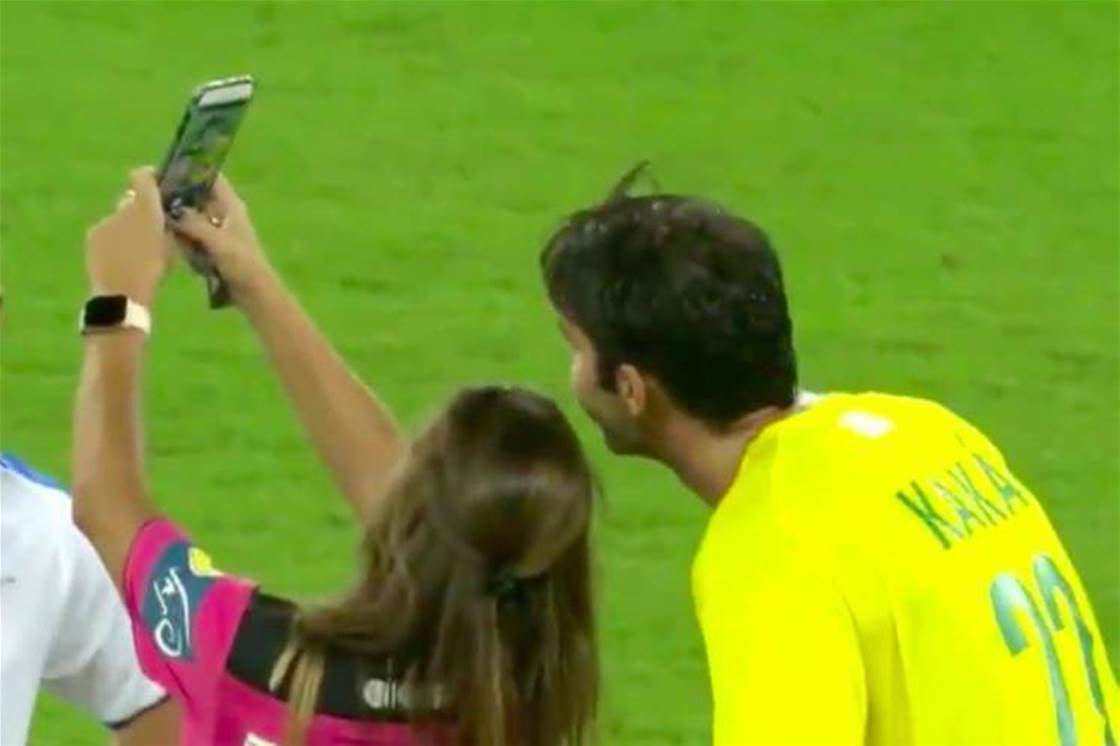 Brazilian legend Kaka was on the receiving end of a baffling yellow card during a game between Brazil legends and Israel legends.

The referee stopped the game for presumably no reason to the confusion of the players before booking Kaka and then proceeding to take out her phone to take a selfie with the Brazilian.

The players saw the funny side of the situation as Kaka posed for the photo.

Nothing to see here. Just a referee showing Kaka a yellow card before taking a selfie with him. 😂pic.twitter.com/k3lUHJXd9N

It was no wonder the referee was starstruck as the game featured quite a few legends of the past with the likes of Roberto Carlos, Ronaldinho and Rivaldo all taking part in the game.

The game finished 4-2 in favour of the Brazil legends with Kaka himself getting on the scoresheet.