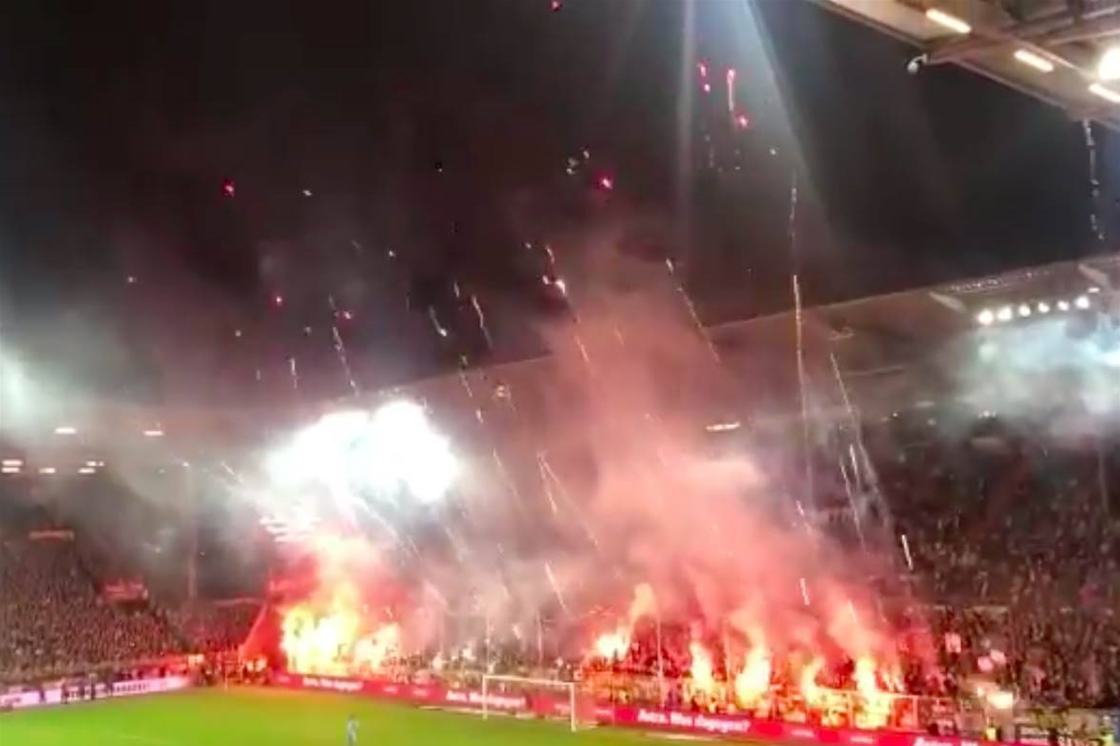 A sea of flames was set off in the stands at the game between St. Pauli and Hamburger SV

One of the most fierce fixtures in German football saw a fiery display from both the St. Pauli and Hamburger SV supporters in the Hamburg derby.

The two teams from Germany's 2. Bundesliga faced off on a Monday night, in a game which saw the police escort the supporters into the stadium even before kick-off.

However, this wasn't even the tip of the iceberg when it came to the craziness of the fixture, with both sets of fans setting off pyrotechnics at half-time.

The second half had to be delayed due to security reasons, with German media condemning the display from both sets of supporters.

St. Pauli's Sudkurve set off literal fireworks in the stands, while HSV's away stand looked to be in a blaze of fire.

The game ended 2-0 in favour of St. Pauli, stopping Hamburger SV from taking top spot in the German second division. 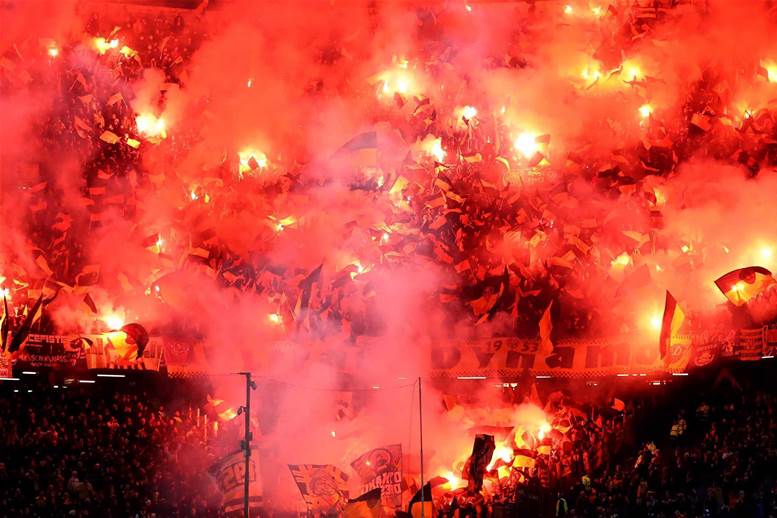