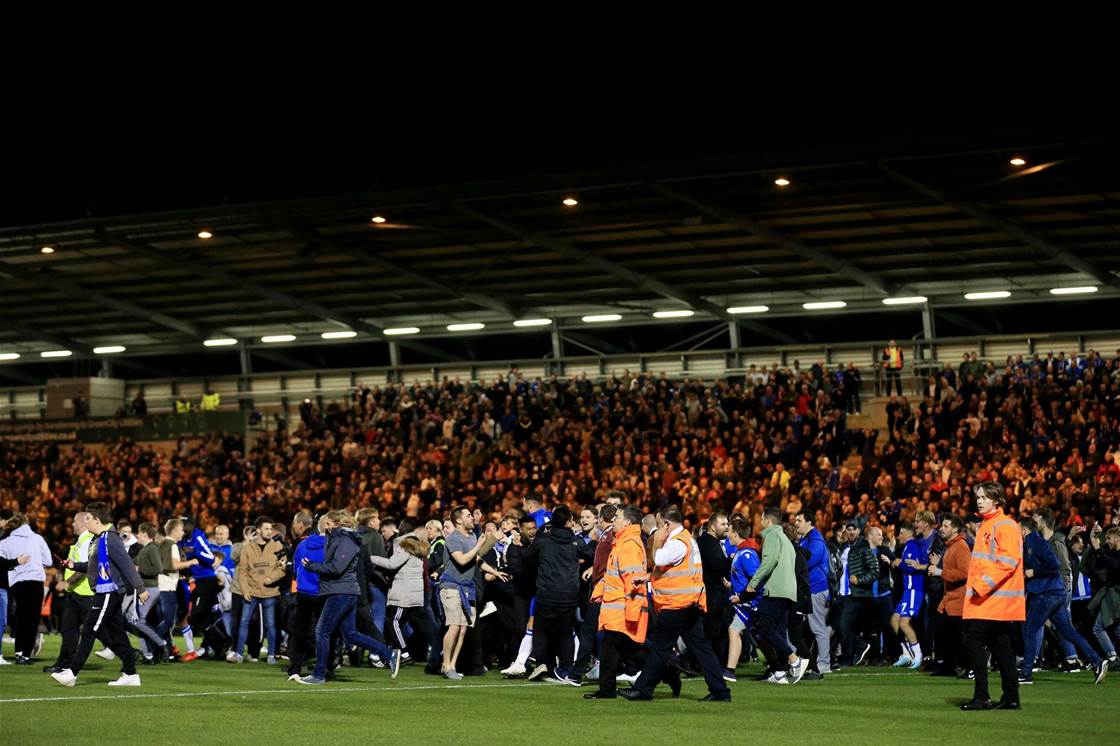 The game finished goalless after 90 minutes with Spurs dominating possession but seemingly unable to make the breakthrough.

With the game locked at 0-0 penalties would decide the winners with Colchester coming up on top 4-3 in the shootout, with Tom Lapsile scoring the decisive spot-kick.

The U's supporters rushed the field of JobServe Community Stadium to celebrate the historic win over the Champions League finalists.

Fans stream onto the pitch in celebration at the Community Stadium. pic.twitter.com/L6P8lGb1HF

While Mauricio Pochettino did field a weaker side giving the likes of Troy Parrot and Japhet Tanganga debuts, players such as Dele Alli and Lucas Moura still made the first 11.

As the game entered the later stages Pochettino decided to bring on the likes of Son Heung-Min, Erik Lamela and Christian Eriksen, with the latter missing the first penalty of the shootout.

Colchester's win continues their fairytale run in the cup after defeating Crystal Palace in the second round of the cup.

1 – Colchester United have become the first lower league team to progress from two penalty shootouts against Premier League sides within the same League Cup campaign since Bradford in 2012-13 – the year the Bantams went on to reach the final. Destiny? pic.twitter.com/qYMSneXO2f

This defeat continues Tottenham's underwhelming start to the season after winning just two from their first six Premier League matches.