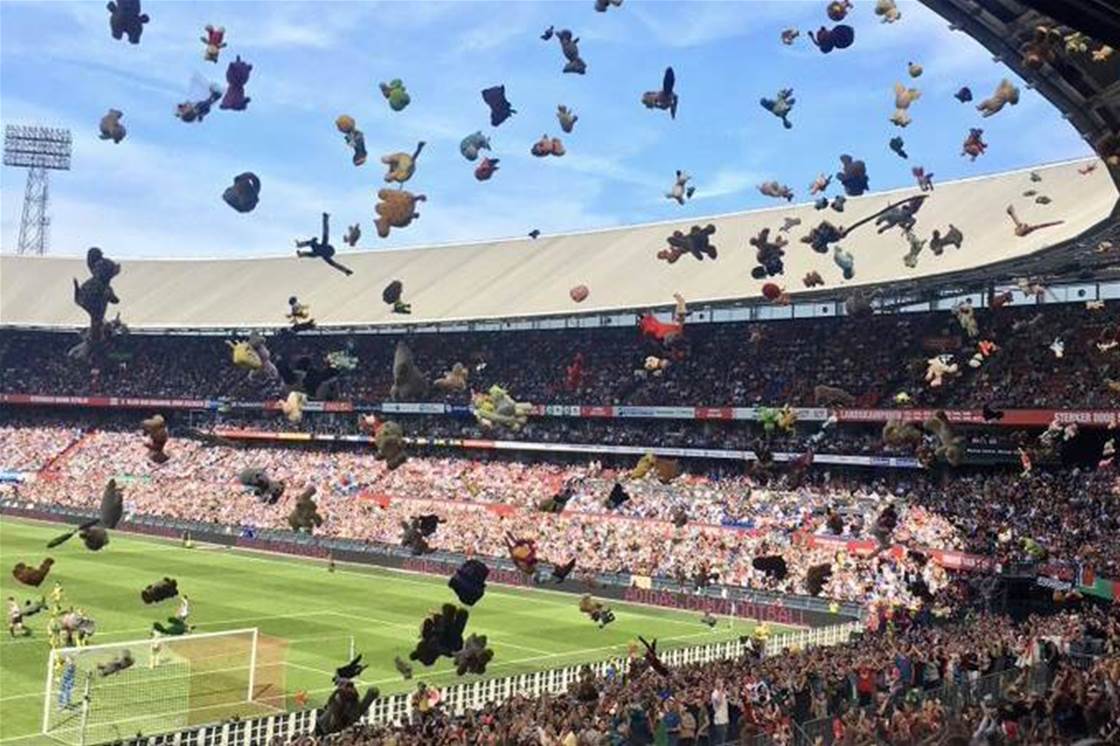 The Dutch side have made this beautiful gesture a tradition

Ado den Haag supporters have showered children from Rotterdam Sophia Children's Hospital with cuddly toys during their game against Feyenoord.

The gesture had become a tradition when the Dutch side plays away games at De Kuip, stopping the game in the twelfth minute of play.

The ill children from the hospital are sat directly beneath the sea of green and yellow, making the display look like a shower of toys.

Fans of Dutch team ADO Den Haag showered children from a local hospital with cuddly toys during their match with Feyenoord 💚 pic.twitter.com/ew0gjE7iZ1

The tradition began in 2016, with teams such as Dutch side Excelsior and Spanish team Real Betis also joining in on the gesture over the years.

The game between Feyenoord and Ado den Haag was briefly stopped as Feyenoord were 1-0 in the lead, however, everyone forgot about the game for this brief moment.

This display is certainly one of the most classy acts seen in football today.