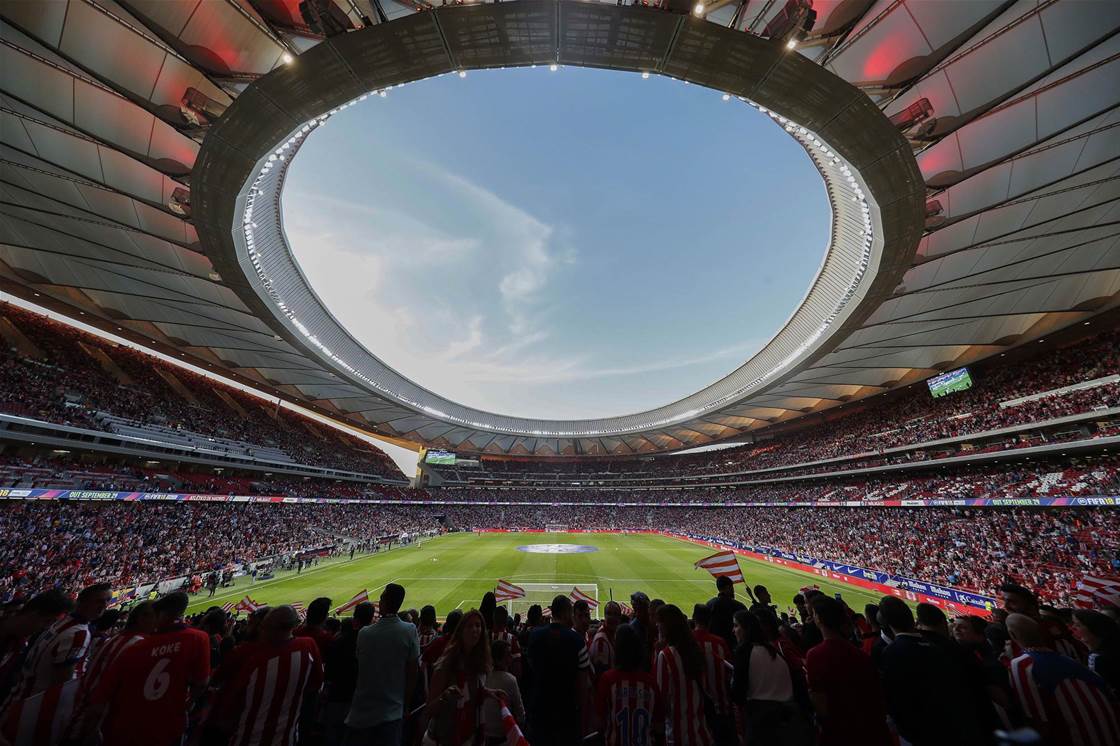 The Wanda Metropolitano: A stadium for the future

A look at the most technologically advanced stadium in La Liga

Madrid is one of the world’s most innovative cities, and fittingly on the eastern outskirts sits the Wanda Metropolitano, an arena boasting some of the most cutting-edge technology in modern construction.

Atletico Madrid’s new home opened in 2017 and has garnered a reputation of being one of the most digitalised and connected arenas in the world. It is the first 100% LED stadium in Europe and offers guaranteed 4G and soon to be 5G mobile coverage. 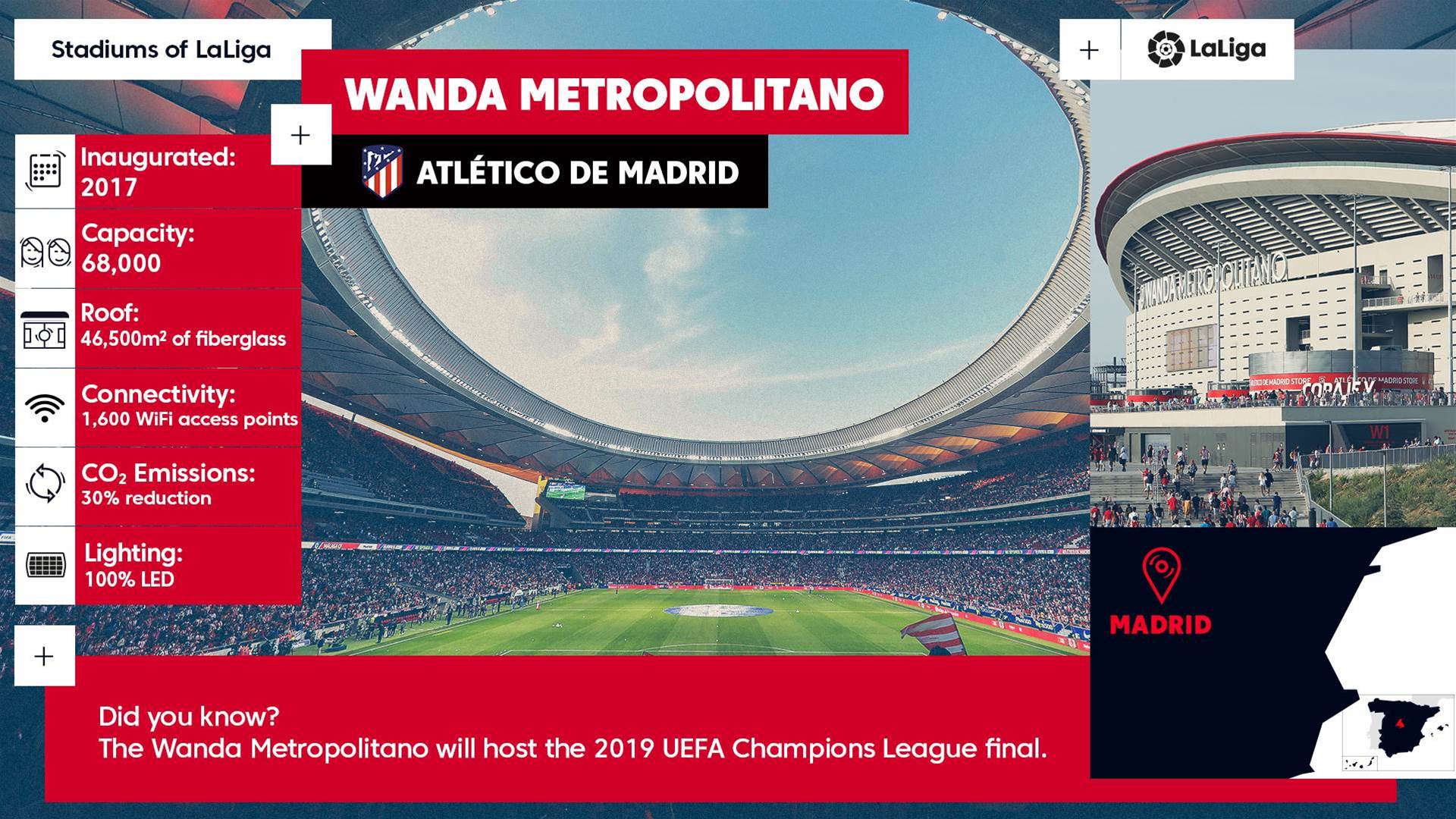 The experience Atletico’s stadium offers is one of modernity and futurism, with the only 360-degree ribbon board display in La Liga, as well as a breathtaking light and sound show offered by Philips Arena Experience.

68,000 die hard Atleti fans pack inside the arena where 336 LED floodlights are able to display over 16 million colours, creating an experience beyond football.

The Wanda Metropolitano will play home to the 2018/19 UEFA Champions League final in June in what will be the grandest stage to showcase what the stadium has to offer. Meanwhile, the highly anticipated clash between Atletico and Real will take place this weekend.

Away from football, the stadium has already welcomed the likes of Bruno Mars and Iron Maiden while hosting corporate events for major brands who have been impressed by the more than 20 multi-functional rooms within the complex.

While the stadium feels like a step into the future, it certainly hasn’t forgotten the past. References to Atletico’s past successes and history are decorated around the streets surrounding the stadium.

Maintaining the essence of their former home, the Vicente Calderon, supporters are greeted with commemorative plaques as they make their way down the Avenida Luis Aragones, paying tribute to the players who have made over 100 appearances for Atletico. 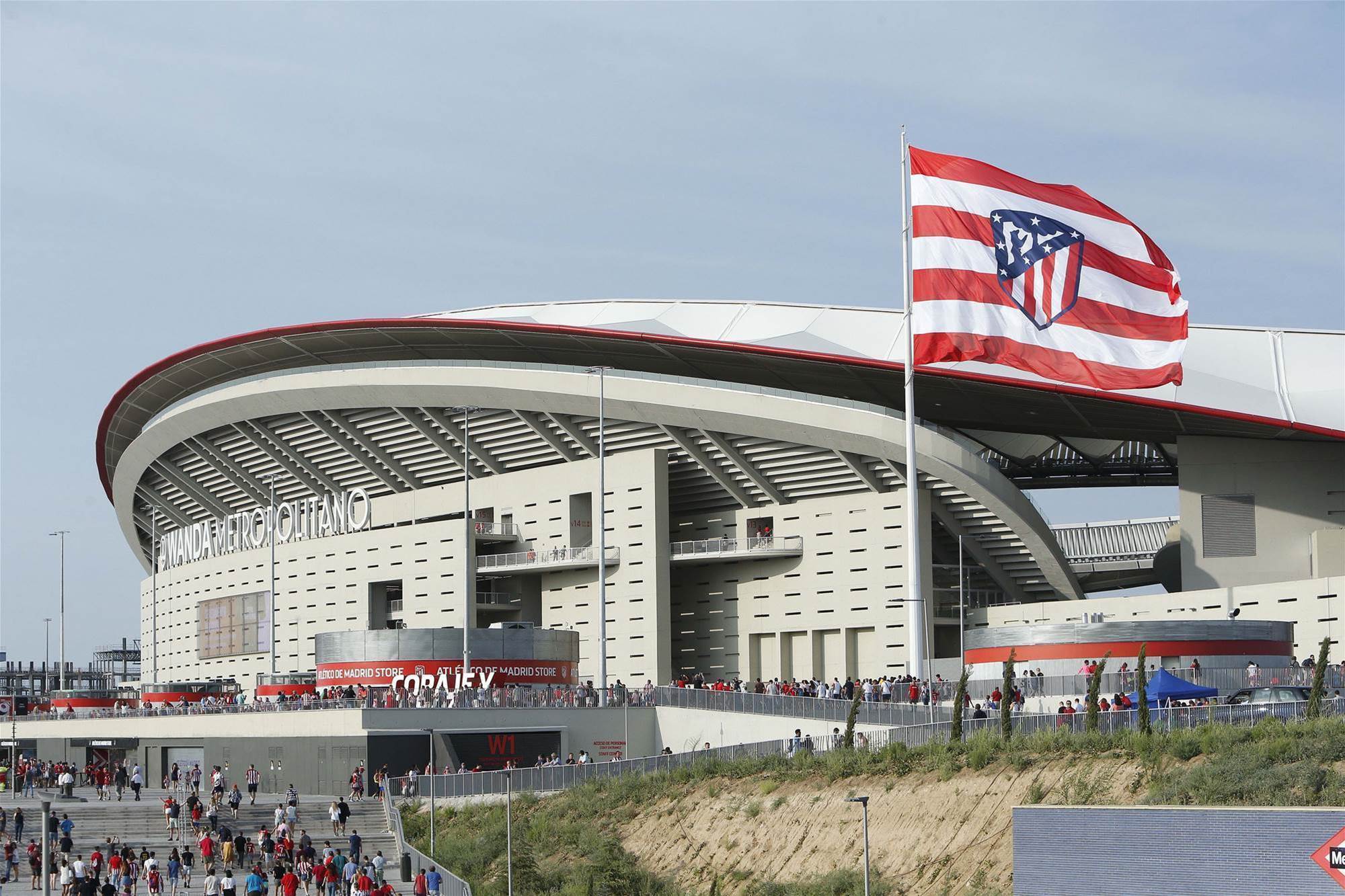 The Paseo de las Leyendas celebrates the Atleti careers of the likes of Paolo Futre, Gabi, Fernando Torres and Diego Forlan and offers views of the biggest flag found anywhere in the country.

338m2 of red and white fabric is found flapping above the stadium as it battles against the wind, representative of Atletico’s never say die attitude.

The Wanda Metropolitano is befitting of one of the most dedicated fan bases in football. Atletico Madrid membership figures have hit a historic high of 123,000 members, with 57,718 season-ticket holders.

Their new stadium will accompany these loyal supporters as they move into the future, looking once again for La Liga glory.