How did Australian football rank and trend on Twitter this year?

With 2018 coming to a close we look at how football faired when it came to trending on Twitter in Australia. Cahill was the 6th most followed Australian athlete of 2018, with his heroics over the years such as scoring Australia’s first world cup goal and that incredible volley against the Netherlands at the 2014 World Cup contributing to his follower count.

Despite nearing retirement at the age of 38 the Socceroo legend was still featured in Australia’s 2018 World Cup squad making an appearance in four separate World Cups, a feat not many athletes have achieved.

In terms of Twitter followers, Cahill was below the likes of Cricketers David Warner and Steve Smith, as well as F1 driver Daniel Ricciardo.

It’ll be interesting to see who the next Australian footballer will be to crack the top ten. 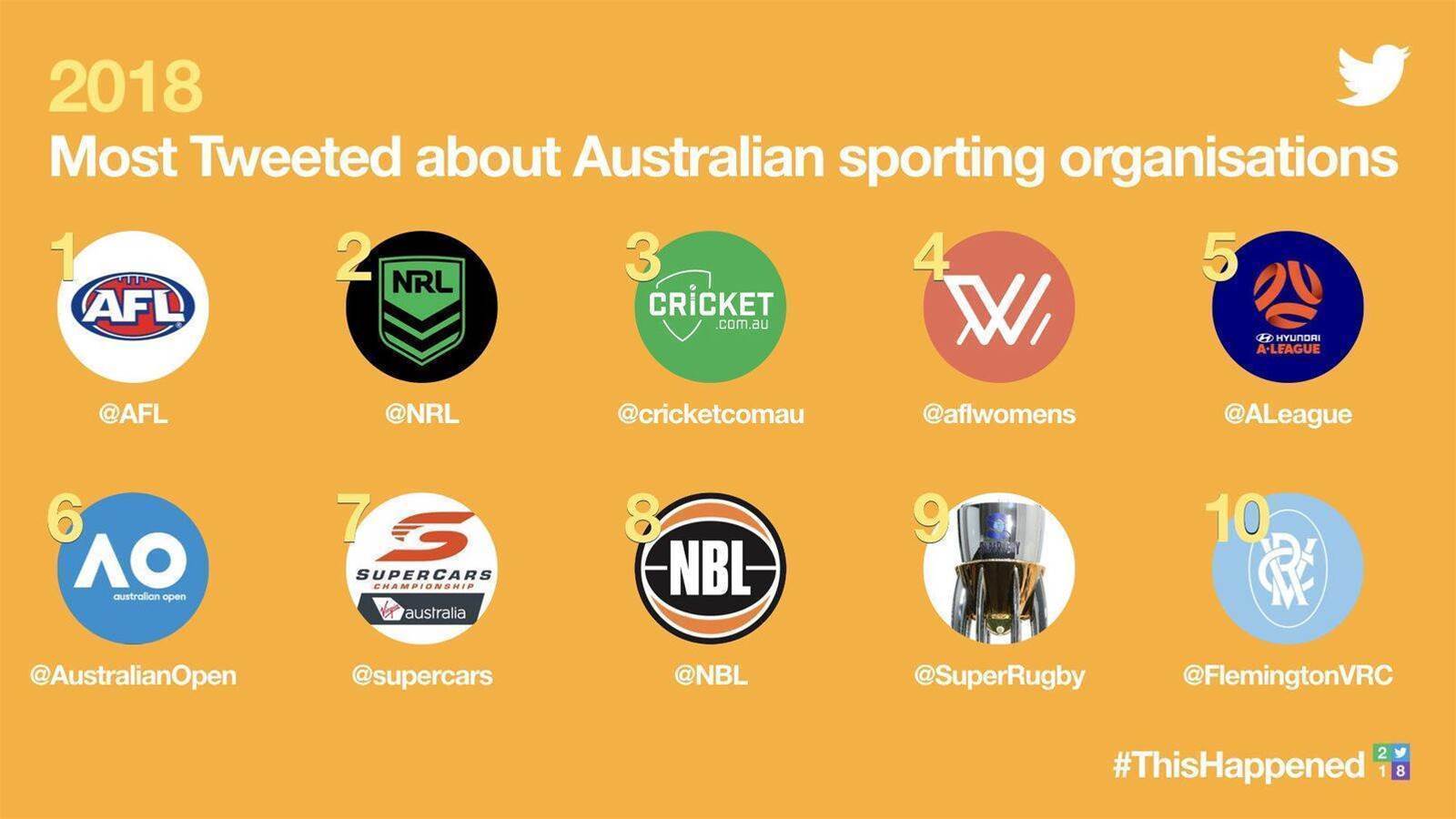 The A-League was the 5th most tweeted about sporting organisation in 2018, falling to the likes of the AFL, NRL and Cricket Australia.

The A-League dropped two places from last year’s rankings, with the FFA surprisingly out of the top ten after cracking the list in 2017 despite the change in management and the controversy involved with the move over the past couple months.

With the A-League looking to expand in the coming years those in charge will be hoping they can bring more eyes and tweets to the league. 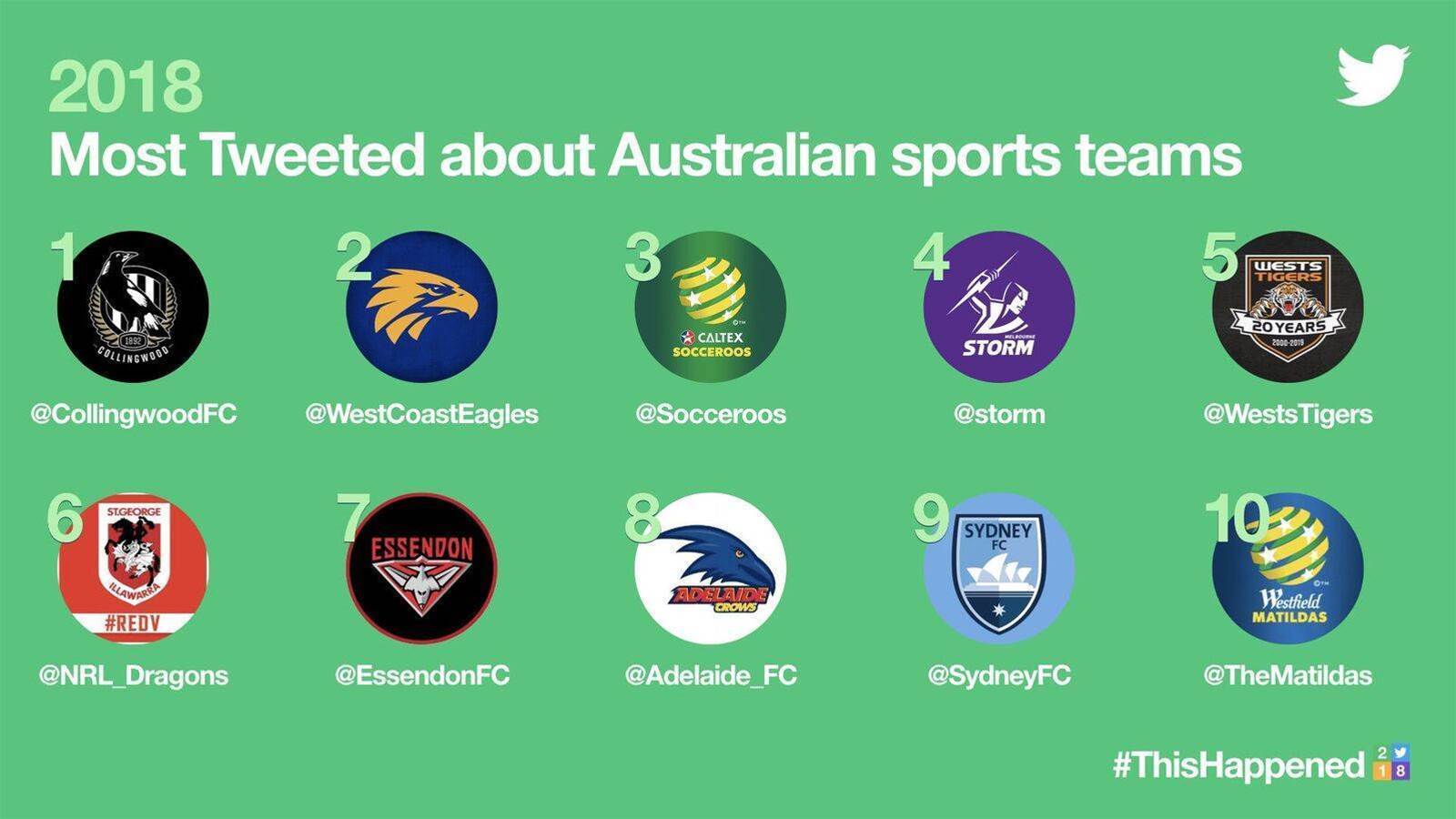 In better news for the Australian football scene, three teams have cracked the top ten most tweeted about Australian sporting teams.

The Socceroos have moved up one place from last year, with their World Cup campaign and the retirement of Tim Cahill making them one of the more intriguing sporting teams to talk about.

Once again Sydney FC are the most tweeted about A-League side, despite only having the third most followers of the A-League sides.

Sydney falls behind Melbourne Victory and Western Sydney Wanderers, the latter of which has nearly double the number of followers. It seems the Sky Blues have a knack of getting talked about on social media.

One of the biggest successes of Australian football has been the rise of the Matildas. The Women’s national side cracked the top ten, and deservedly so.

Reaching the finals of the Asian Cup and qualifying for the 2019 Women’s World Cup in the process meant that the Matildas had success both on and off the field.

Finishing second but undefeated in the 2018 Tournament of Nations further drove an online audience to their success. In terms of trending hashtags, #WorldCup was unsurprisingly the most tweeted about sporting hashtag of the year while also finishing 5th in the most hashtags tweeted overall in Australia.

The FIFA World Cup drew an audience of football fanatics, casual fans, and even non-fans and the social media presence of the world game showcases the influence it had on the online world.

Australia’s presence in Russia certainly increased excitement and anticipation for the tournament in the group stages, but the storylines that followed such as #itscominghome, undoubtedly kept Australians captivated on Twitter.

Unfortunately, the A-League again fell down the rankings with #aleague falling out of the top ten compared to the 6th placed finish gained in 2017. 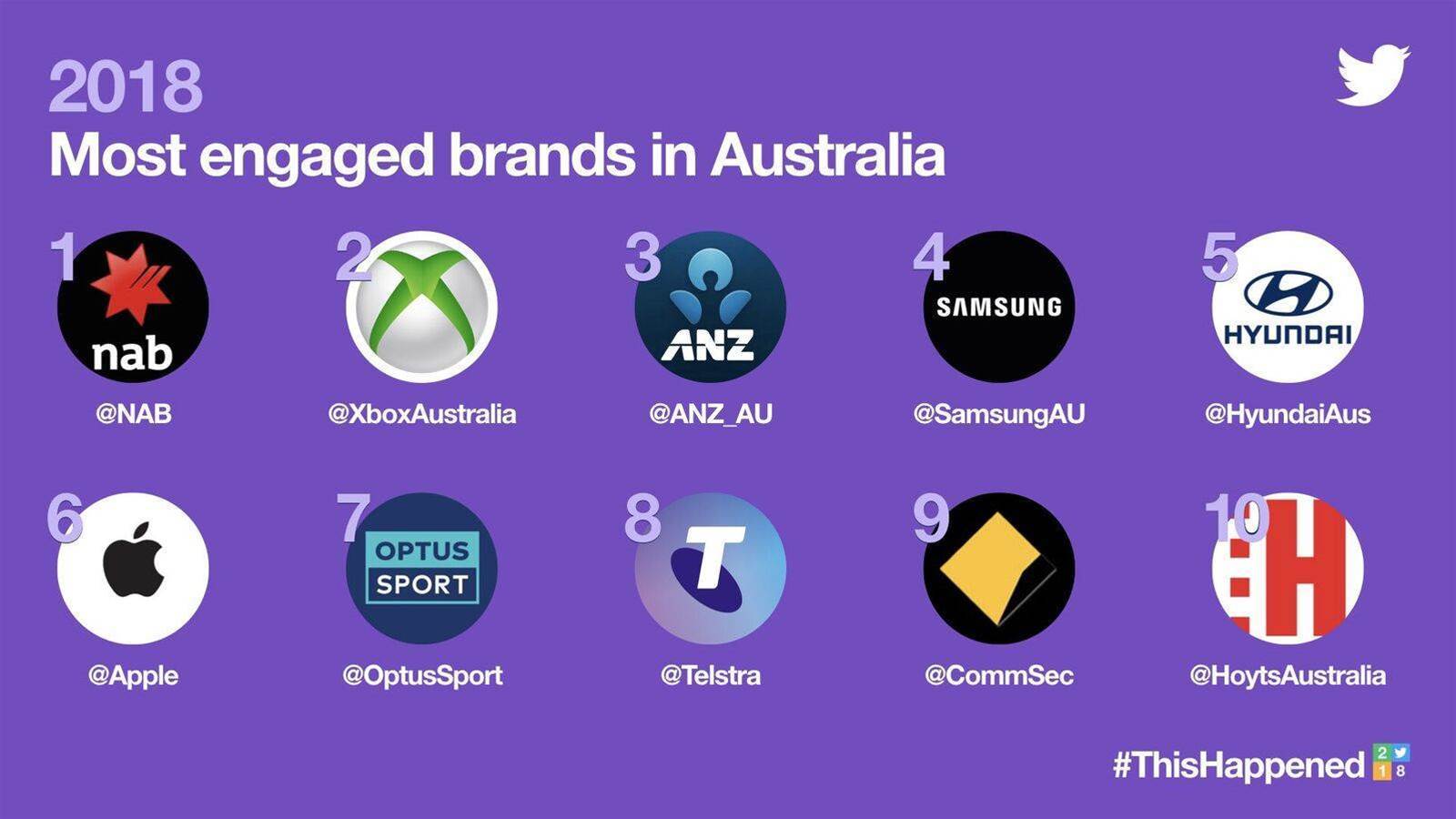 Finally, Optus Sport made their mark on Australian Twitter, as they finished 7th in the most engaged brands of the year.

With the English Premier League still the most watched league in the world, having the exclusive Australian rights to the game will have helped their Twitter cause.

However, their hiccup in streaming the 2018 FIFA World Cup that led to the service sharing rights with SBS will have led to their increased engagement throughout the year, but as they say, there’s no such thing as bad publicity…right?