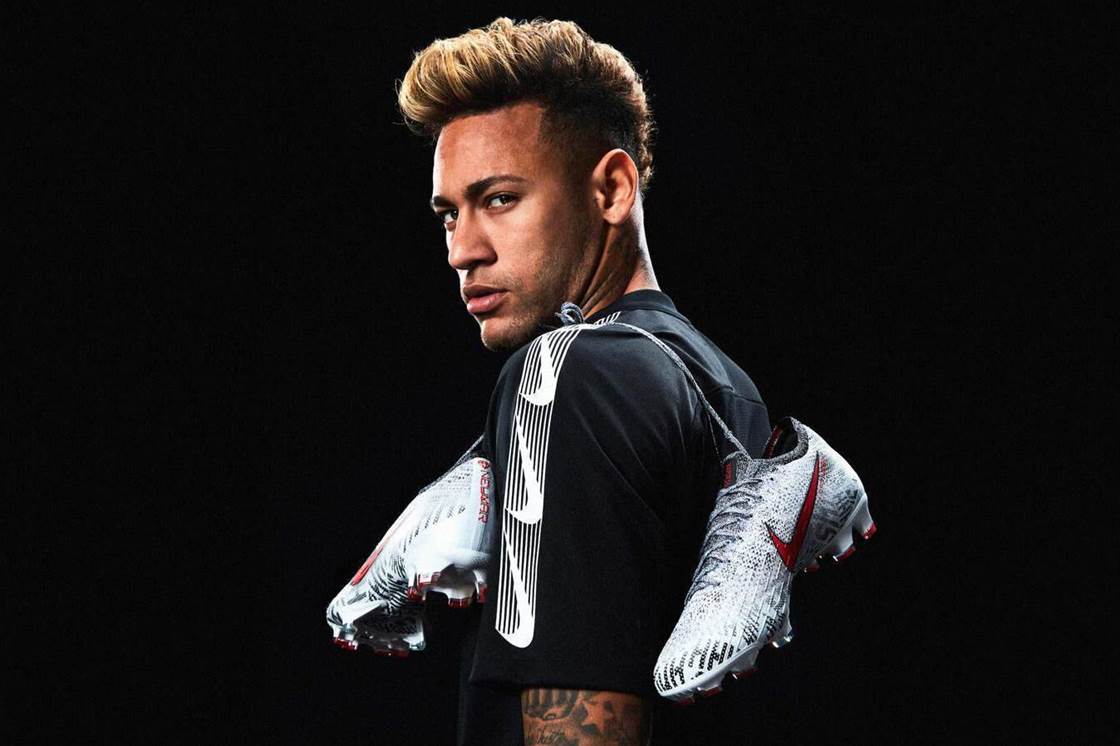 In what is a unique design to previous Mercurial boots the new pair are covered with the word ‘Shhh’ across all angles of the boot. 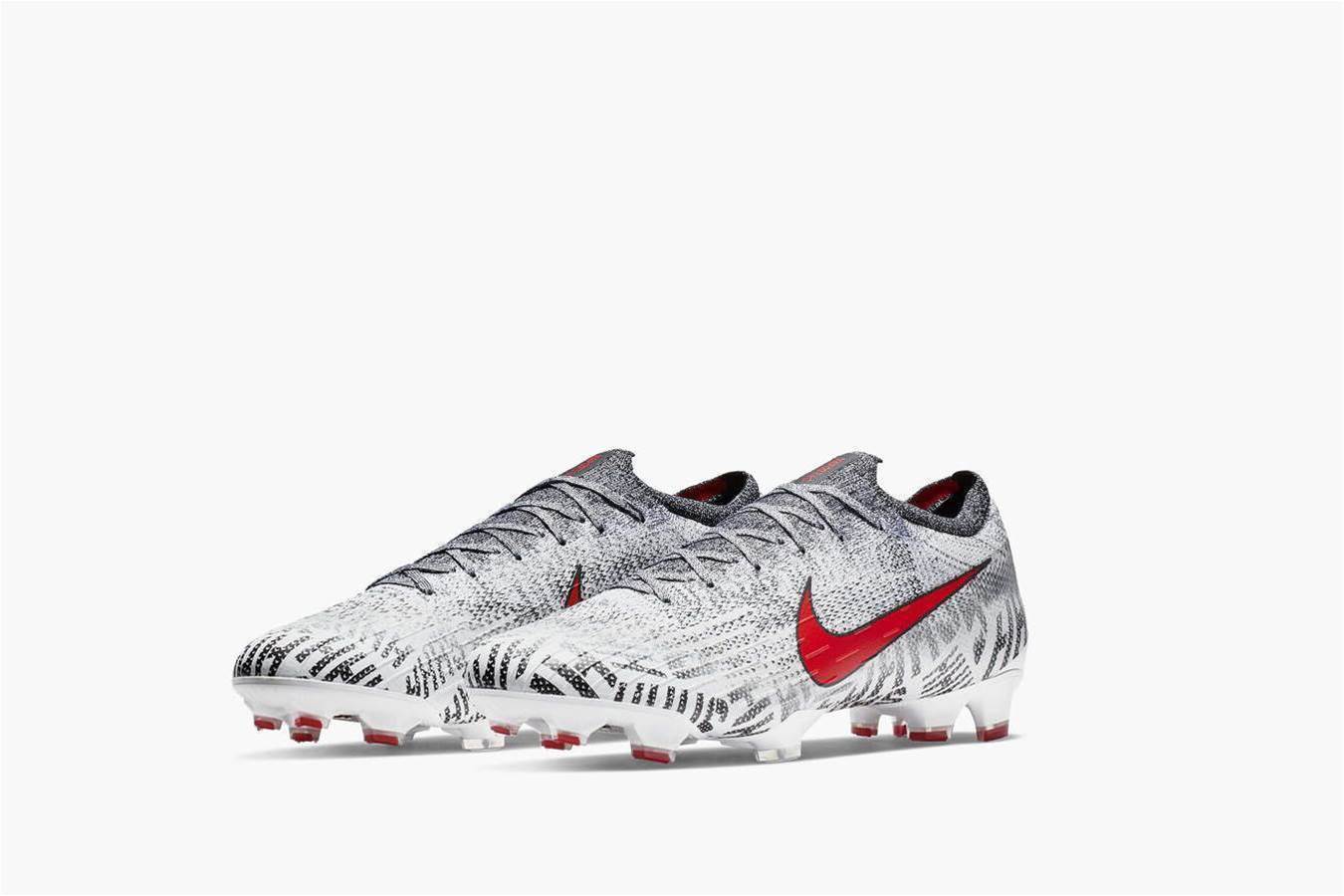 Neymar Jr has recently been out with injury recently however, as he begins his comeback he sets out to silence doubters and embrace the joy of football by putting out a statement with these boots.

The boots have a distinct black, white and red aesthetic that puts out a statement on its own, however, the inspiration for the multiple ‘Shhh’ layered throughout the boot has been taken from the tattoo Neymar has on his index finger.

The letters gradually fade from black to grey as they move from the outsole onto the upper adding a striking difference to any other boot available on the market. 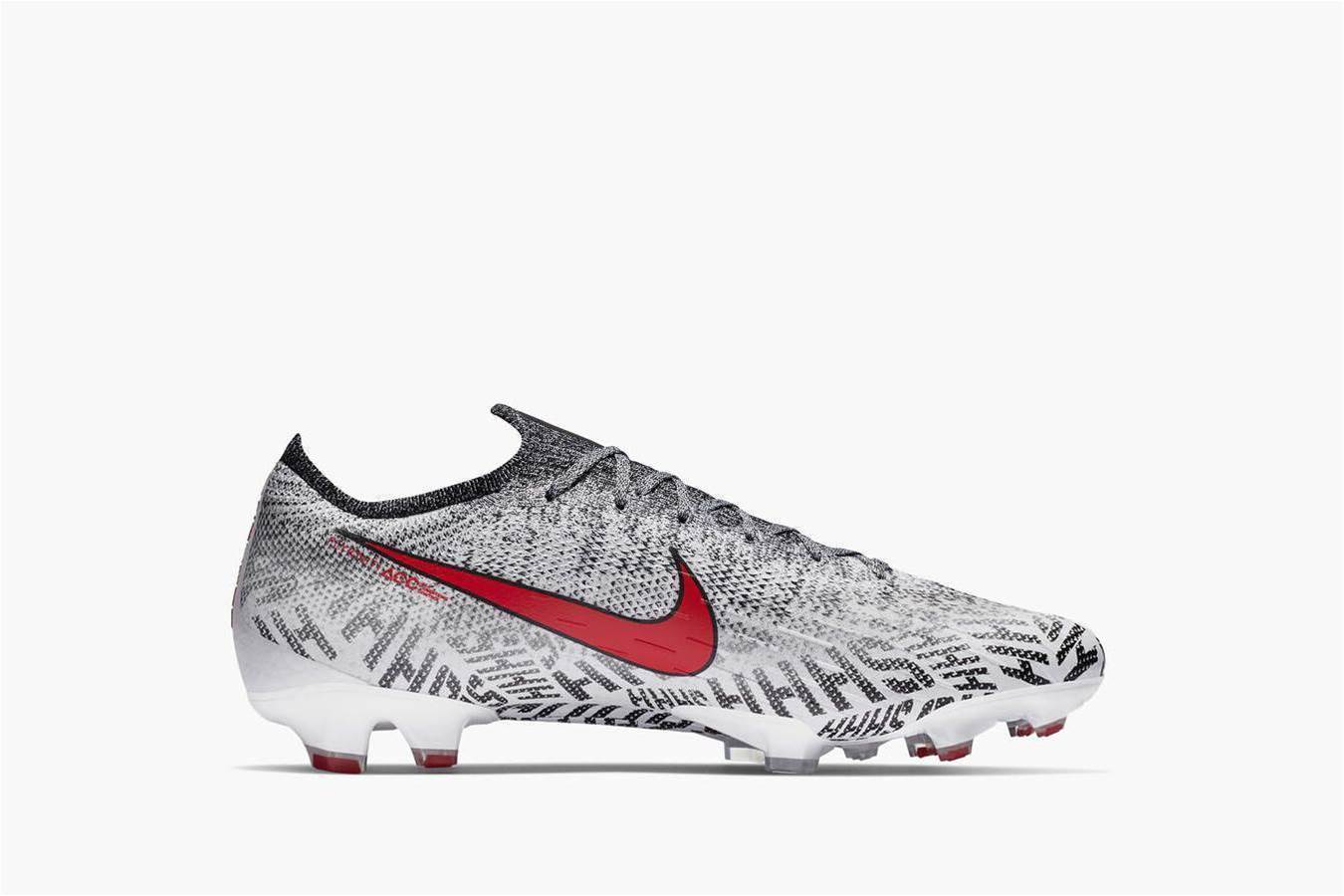 Neymar Jr said of the boots: ”SHHH is not about me silencing the rest of the world, it’s about me going silent and focusing on what I have to do for my future as a player and as a man.”

Neymar’s personal logo appears on the heel of the boot accompanied by a crown that has become one of his own personal mantras. 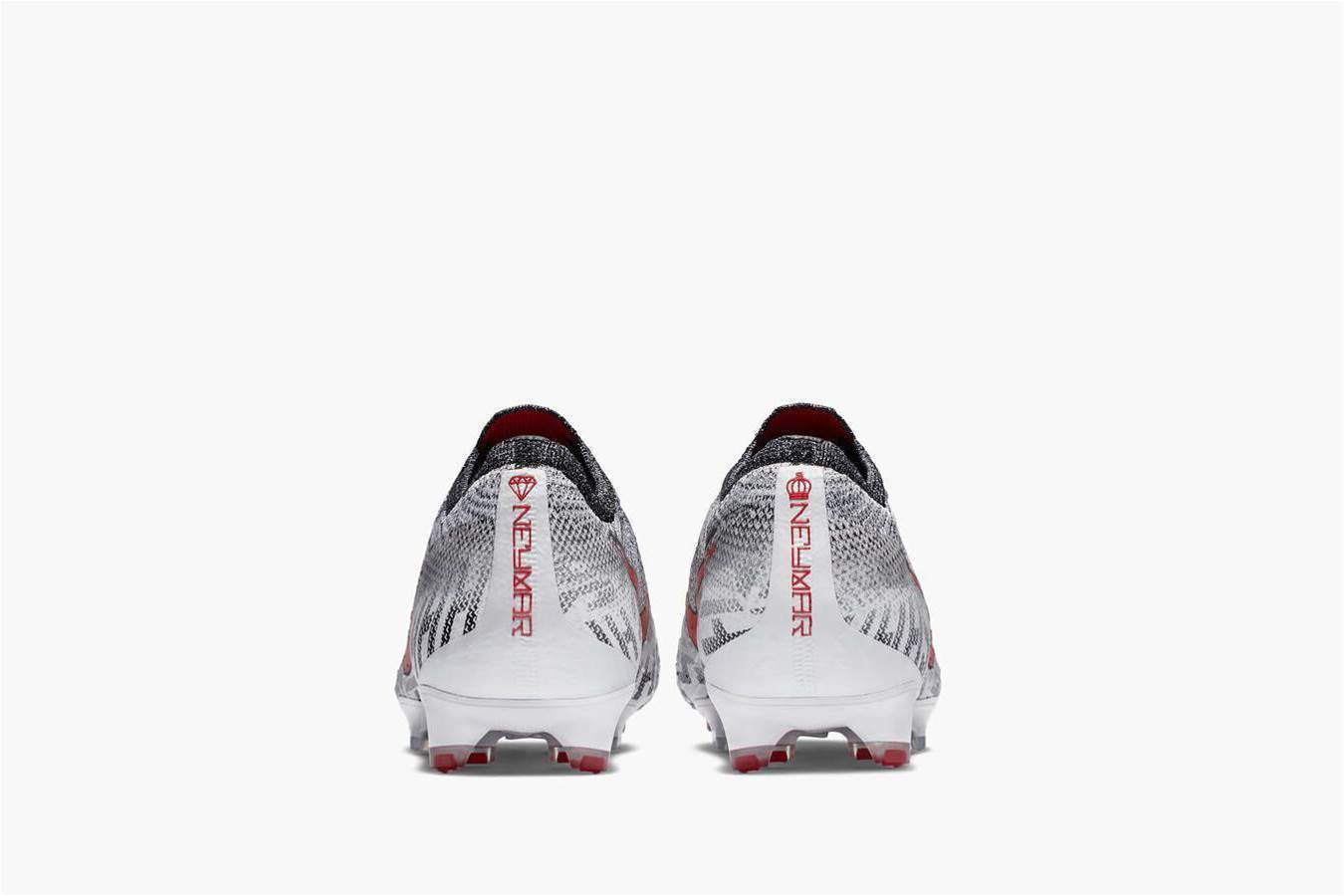 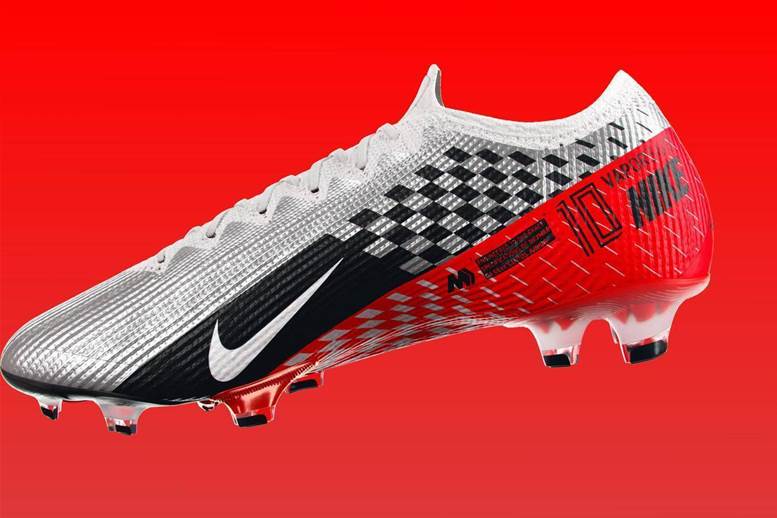