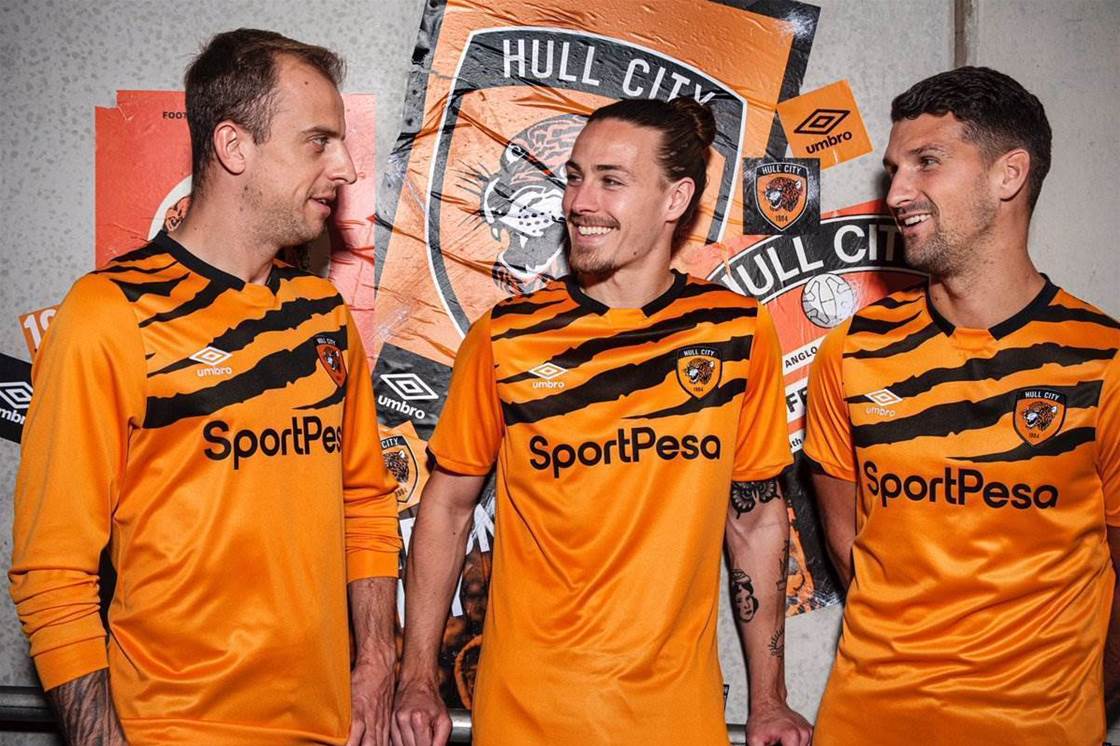 Hull City has unveiled their home kit for their 2019/20 Championship campaign with Australian midfielder Jackson Irvine at the forefront of the Umbro kit release.

Inspired by the infamous ‘tiger skin’ shirts worn between 1992 and 1995, Umbro has shifted away from the vertical stripes of previous seasons and gone retro with "The Tigers" new jersey.

While not quite as dazzling as the retro jersey, the black Tiger stripes around the chest and neck blend well with the 'Sport Pesa' Logo.

Jackson Irvine established himself as a regular starter last season, scoring 6 goals in 39 appearances last season, and will be hoping for another strong season as he enters the final term of his 3-year contract with the club.

After finishing in the bottom half of the table in their previous Championship campaign The Tigers will be hoping to claw their way to promotion.