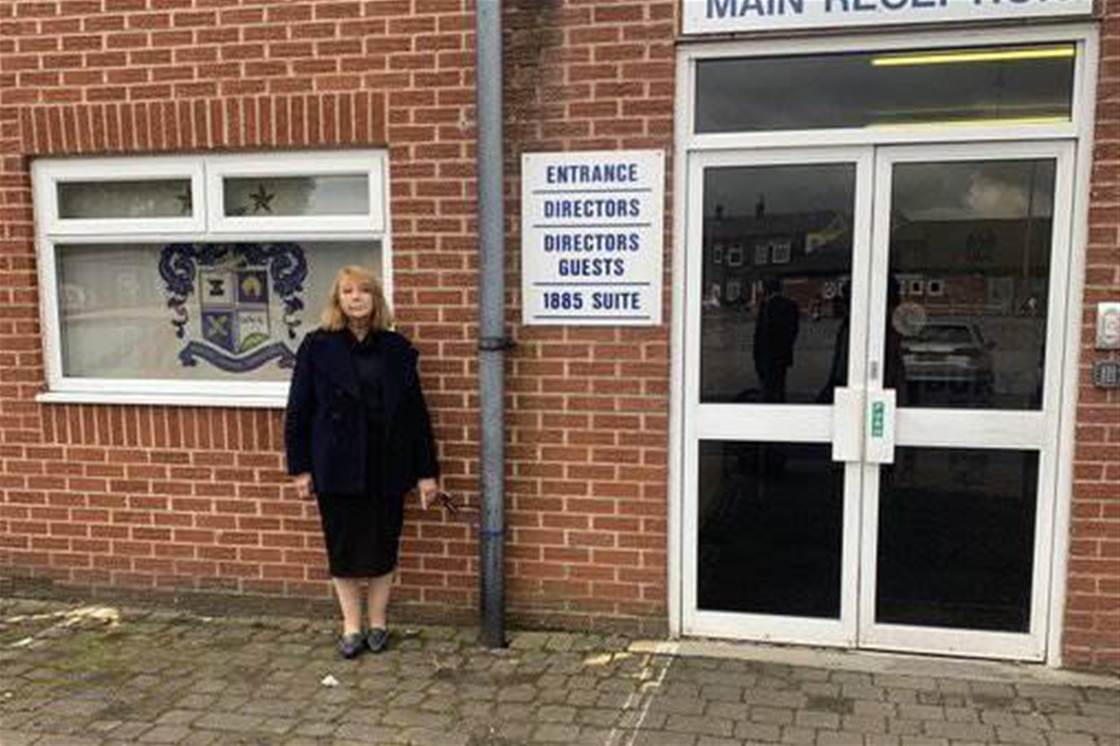 Former Bury FC director Joy Hart has chained herself to the front of the club's stadium in protest of current owner Steve Dale's reluctance to sell the club in crisis.

The League One club is set to be kicked out of the English Football League system as owner Steve Dale has been unable to provide proof of funds for the upcoming season.

With the club having a two-day deadline before being thrown out of the EFL, Joy Hart, daughter of Les Hart who was a player, coach and manager of the club, chained herself to the stadium.

It’s come to this. Ex #Buryfc director Joy Hart has locked herself to the front of the stadium in protest at the club’s plight. Her father Les Hart is a Bury legend and has a stand named after him pic.twitter.com/QzMt2fm6AO

Steve Dale reportedly turned down an offer from former Port Vale chairman Norman Smurthwaite, believing he can get more for the club he bought for just £1 last December.

Supporters also fearing the worst for the club turned up to the front doors with a coffin with the words 'RIP Bury 1885' painted on the front.

Joy Hart said: "My father would be devastated to know what has been going on."

"My father was here for 44 years as player, captain, physio, manager, trainer. You name it. We have given so many great players to bigger clubs over the years, now we face extinction.

"All I wan now is for local teams, including Man City and Manchester United to help save Bury Football Club in its hour of need.

"I am appealing to all the north-west clubs. Please help us. Unless someone comes in, we are dead on Friday. Forever."

A reminder that, in essence, owners are temporary custodians of our Football institutions.

Some care deeply about their clubs and community and bring immeasurable joy. Others do not.

This is what Bury FC means to its fans 😢pic.twitter.com/vi22NJE0Ja

Bury won promotion to League One last season but are yet to play a fixture this season and have been docked 12 points.

If Bury are to lose their EFL license after 135 years, League One will only have 23 teams this season with three relegation spots rather than the usual four.

Bury would be allowed to make an application to rejoin the Football Association in the lower leagues in the 2020/21 season.