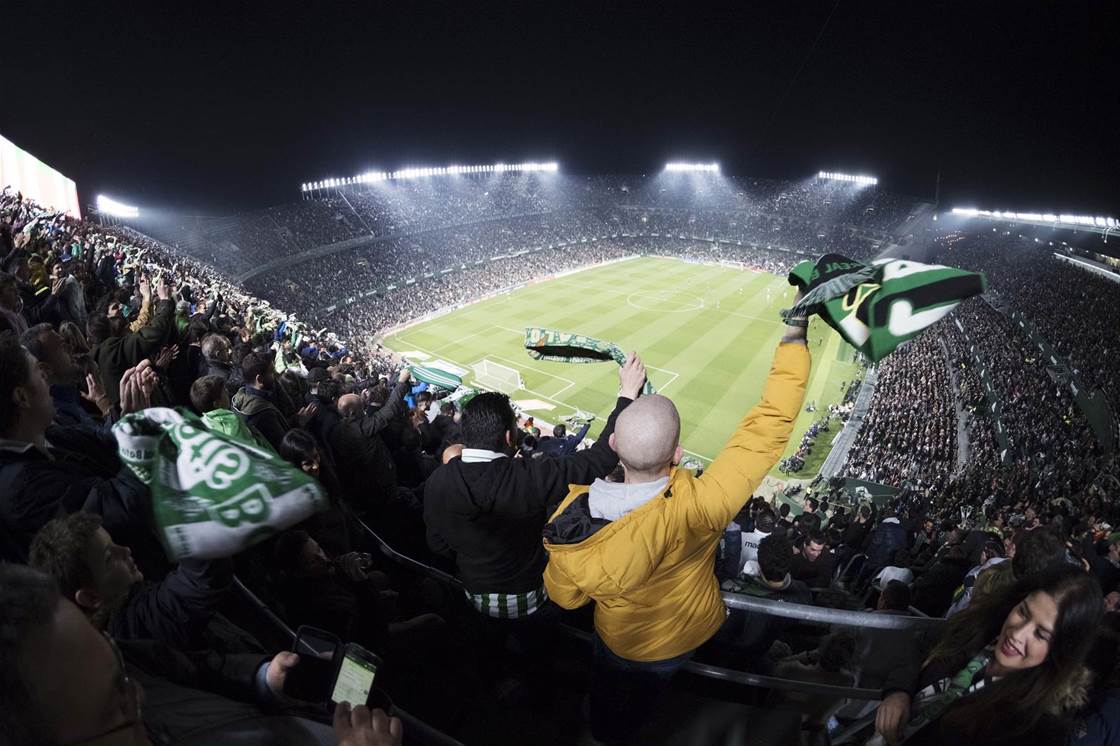 Benito Villamarin: A stadium that unites a family

Real Betis supporters are born into their football family

Football in Seville has a rich and diverse history, and the divide between the two teams within the city dates back over a century. The battle between Real Betis and Sevilla FC serves up one of the biggest grudge matches in LaLiga Satander.

It is often said in Seville you are either born into supporting Betis or Sevilla, as a mid-tier ribbon behind one of the goals at Betis’ iconic Benito Villamarin puts it: ‘De pardes a hijos, de abuelos a nietos, una passion llamada Betis’… or ‘From parents to children, from grandparents to grandchildren, a passion called Betis’. 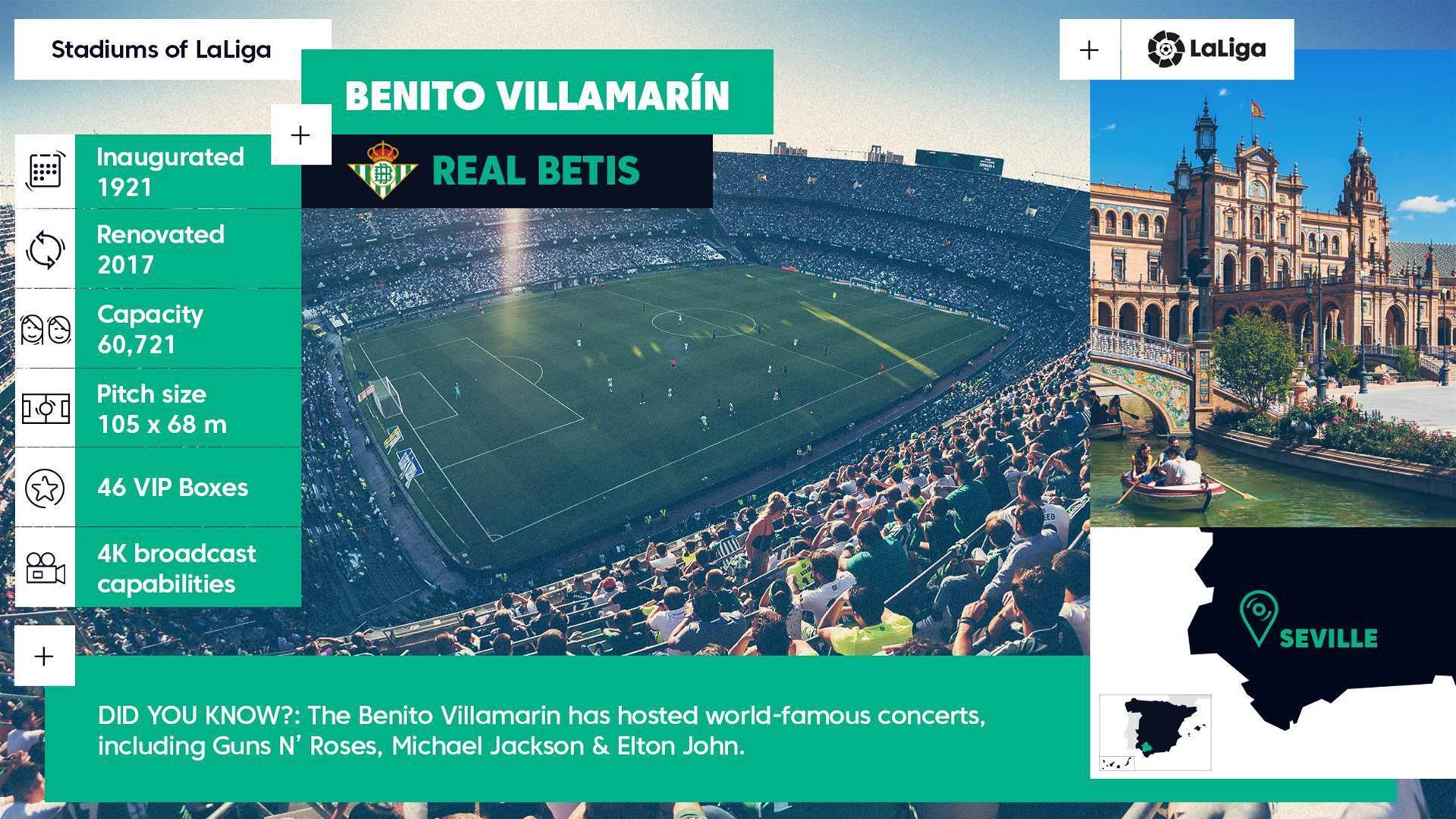 This phrase was coined by journalist Manuel Ramirez Fernandez and perfectly encapsulates the atmosphere that reverberates around the Benito Villamarin. Cries of ‘Ole, ole, ole, Betis, ole’ are heard throughout the stadium and is a song that the supporters have grown up with.

Real Betis is a club where the allegiance is passed down through generations, creating a strong sense of belonging as if loyalty to the club coincides with loyalty to one’s own family.

This rich heritage is palpable around the streets of Seville and has been immortalised by the monument that stands proudly outside the ground. The Benito Villamarin offers stunning views of lush green, hallowed turf and the white tones of limestone that surround the pitch to encapsulate the green and white colours of Betis.

The stands are dominated by a Betis player who spans the seats of the three tiers behind the goal in the form of a mosaic. The player in question is said to be anyone who is celebrating a goal, it captures a moment of euphoria and glee.

The dimensions of the mosaic are only matched by the passion of the fans and a set of players that battle for victory every time they take to the pitch. 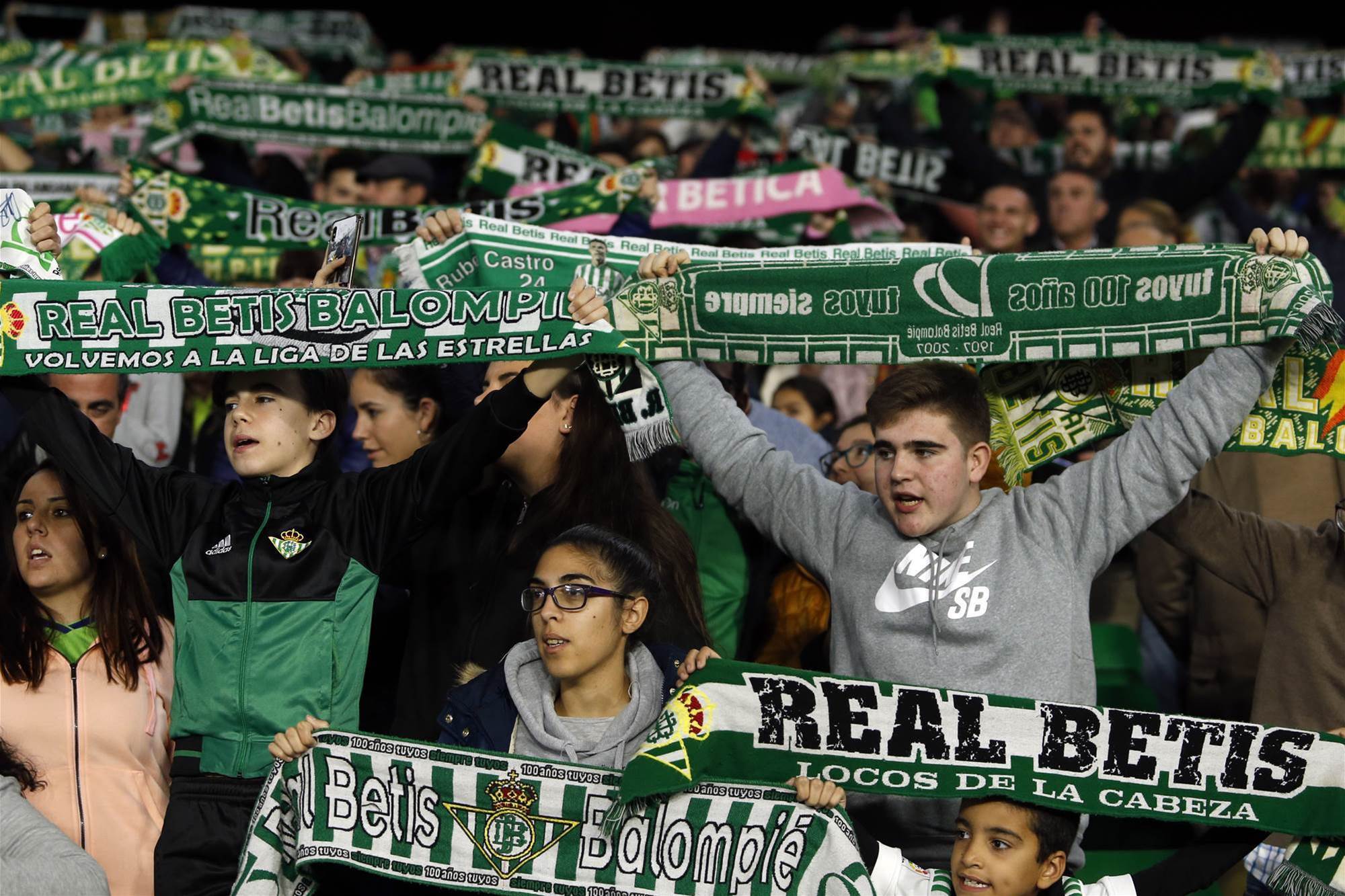 Matchdays offer up stands filled with green and white striped flags, while the sound of clapping hands and fierce chants echo around the arena. The locals are said to be ‘packed in like cannonballs’, another of the phrases inked into a mid-tier ribbon at the stadium.

Once the whistle blows to begin the game, indicating 90 minutes of pulsating action, there is just one thing on the minds of every member of the Real Betis family ‘Viva er Betis, manqué pierda!’ (Long live Betis, even if they lose!).