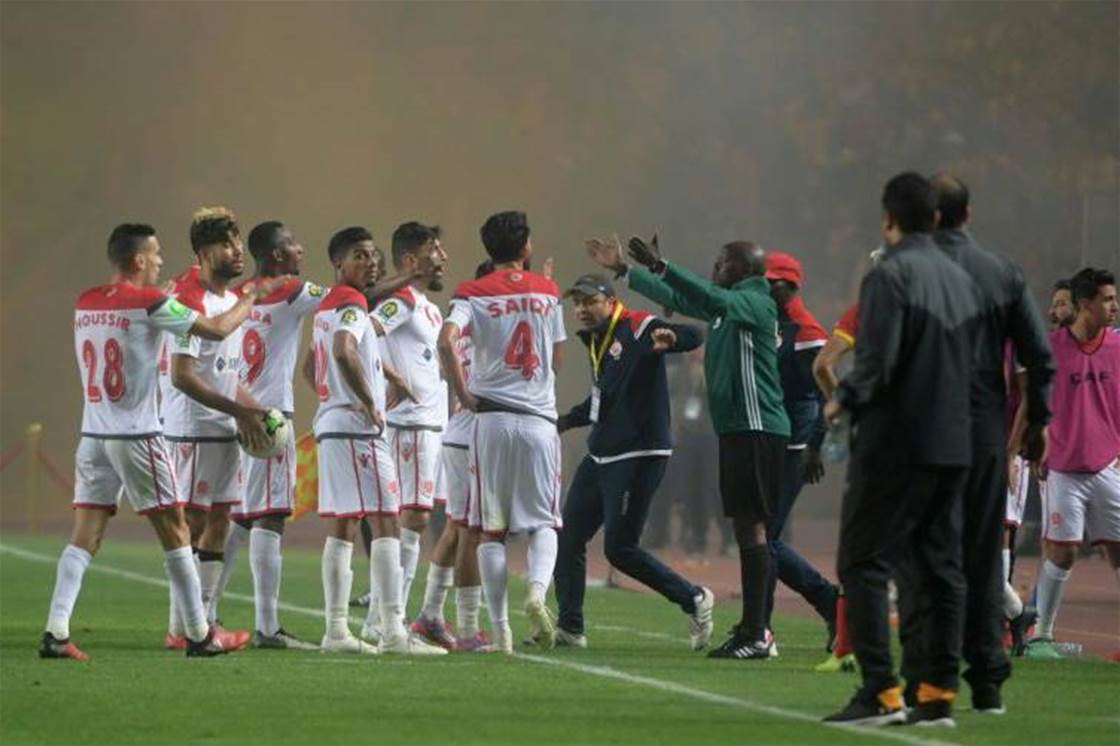 African football officials have ordered a replay of the second leg of the African Champions League final after VAR failed to work and the game was subsequently abandoned.

Tunisian side Esperance led 1-0 in the second leg before Moroccan opponents Wydad Casablanca seemingly scored an equaliser before it was controversially ruled out for offside.

Wydad insisted VAR be used to check the decision, however, the system was not working causing an uproar among Wydad players and staff.

After refusing to continue play in protest of the decision and a 90-minute delay the referee decided to abandon the game and hand the trophy to Esperance.

VAR had played a major role in the first leg of the final after a goal from Wydad was ruled out and as such the CAF came to a decision that the second-leg should be replayed.

A CAF statement said: "The playing and security conditions were not met during the second leg of the CAF Champions League final held on May 31 2019, preventing the match from reaching its conclusion."

"Consequently, the match will have to be replayed at a ground outside Tunisian territory."

Governing officials reportedly knew the VAR system was not working but decided to continue with the second leg of the final.